Home Sport It is reported that only one NBA team is interested in trading... 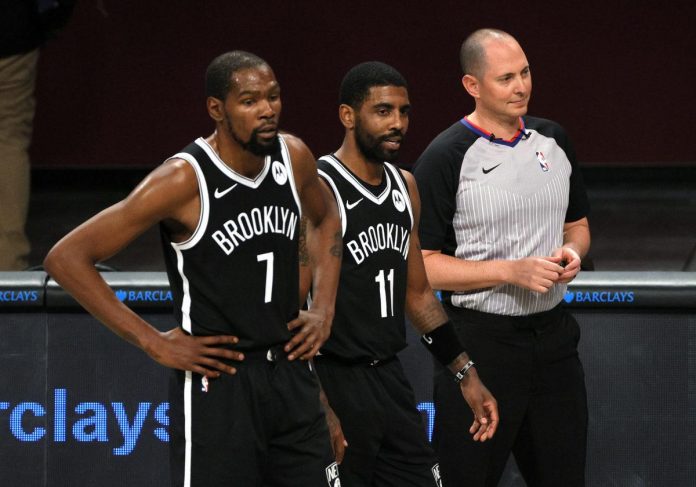 It’s safe to say that teams aren’t banging on the Brooklyn Nets’ door with offers from Kevin Durant or Kyrie Irving.
On Wednesday’s edition of ESPN’s Get Up, NBA insider Brian Windhorst explained that the market for Durant wasn’t particularly lucrative. As for Kyrie Irving, he said that only one team is interested in him — the Los Angeles Lakers, and the offer is not very good either.
“The market for Durant wasn’t as lucrative as the Nets had hoped,” Windhorst said. “And the market for Kyrie was very thin. In fact, this is the Lakers, and the exchange offer is small.”
The Lakers are probably the best fit for Kyrie Irving of any team. LeBron and Kyrie were teammates for several years at the Cleveland Cavaliers, winning the NBA title in 2016.
But given the way things are going, Brooklyn Nets, KD and Kyrie Irving may be stuck with each other for another year.
The Nets are not going to let these two players go without getting anything in return. Again, they may not have much to say on this issue.
If KD and Kyrie decide to just not play, the Nets will have to let them go free at some point. Then they will get absolutely nothing, unlike players and low-value assets.
This is a difficult situation, but there is still a lot of time to see how it will be resolved.

Watch: Bubba Wallace reacts to his big finish on Sunday –...