Home Entertainment It Is Reported That OMEGA X Booked a Flight to Korea With... 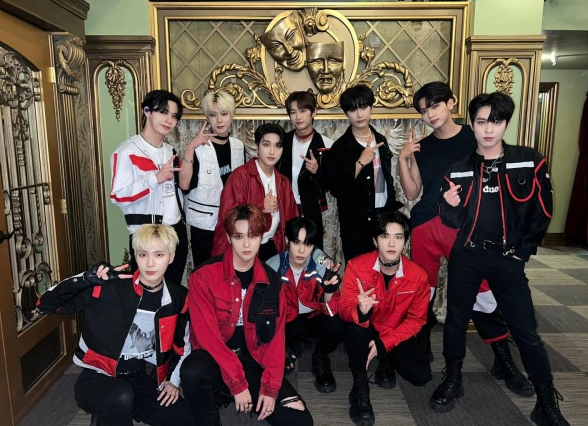 Korean media reported that OMEGA X members booked a return flight to Korea with their own money, and that the hotel security guards approached CEO Kang. Keep reading to find out more.

On October 25, SBS News reported that OMEGA X booked a return flight to Korea with their own money and without financial support from their agency. They added that all 11 band members and one agency manager in charge of the overseas tour boarded a flight to Korea from Los Angeles on the 24th.

The media also stated that some participants, with the help of their parents in Korea, were able to buy a plane ticket to return home.

OMEGA X had previously planned to fly out of Los Angeles on the 23rd after completing its overseas concert as part of its first-ever “CONNECT: Don’t Give Up” world tour, but the flight was abruptly canceled due to allegations of abuse.

While they remained in the United States, Spire Entertainment employees who accompanied them throughout the world tour boarded a plane to return to Korea.

In a statement, CEO Kang told SBS News that the cancellation of the male group’s flight was scheduled a few days ago due to the fact that “fans were flying on the same flight” as the artists.

Now SBS News has revealed more information about what happened after the cancellation of the OMEGA X return flight to Korea. The media reported that CEO Kang continued to cause unrest among the participants.

SBS reported that Kang was approached by hotel security guards to prevent her from making a fuss in the hotel corridor, constantly knocking on the doors of hotel rooms where the idols stayed. The media also noted that they belatedly learned that the local police came to the hotel twice.

At the time of publication, neither Spire Entertainment nor CEO Kang had responded to the new information published by SBS News.

Meanwhile, OMEGA X is expected to arrive at Incheon International Airport today, October 25, and reveal its position on the situation.

In addition to completing their world tour, OMEGA X returned to Korea twice this year. They even debuted in Japan.

OMEGA X started the year with the release of their second Korean EP “Love Me Like”, which contains the title song of the same name. With “Love Me Like”, the band more than doubled their previous first-week sales record of 48,972 copies set by “What’s Goin’ On”. The second EP sold 85,647 copies.

The artist broke his personal record for sales in the first week with his first full album “Story Written in Music”, released in June. The album sold 109,018 copies, becoming by far the best-selling album of the band in their career.

On August 24, OMEGA X debuted in Japan under the Tokuma Shoten label with the mini-album “Stand Up!”, which included the title track of the same name, previously released on July 1.

The original Superman Kal-El returns to Earth to work with his...