Home Entertainment It is reported that Diablo Immortal earned more than $ 24 million... 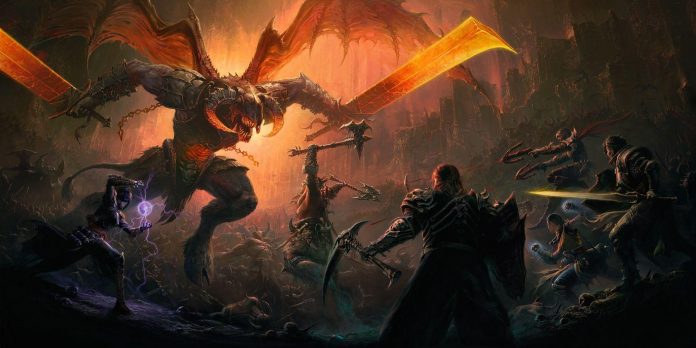 Released on June 2, 2022, Diablo Immortal hit all mobile devices and quickly became one of the most controversial games on the platform. Although Blizzard’s latest contribution to the gaming world reached 8.5 million downloads in the first two weeks and today more than 10 million are playing Diablo Immortal, it has not been left without a fair share of criticism.

Despite the dissatisfaction of many with the microtransaction nature of the mobile game, Diablo Immortal has earned more than $24 million since its launch. The instant success made Diablo Immortal one of the most profitable mobile games in Blizzard’s history, second only to the beloved card game Hearthstone.

According to AppMagic, a data collection tool, Diablo Immortal continues to grow exponentially in its player base and the amounts of money gamers throw into the system to obtain rare items. Like most mobile games on the market today, Diablo Immortal offers players two ways to enjoy the product; Pay-To-Win or Free-To-Play. In the first case, players spend as much money as they consider necessary to remain competitive, while in the second, gamers enjoy the product without spending a penny, staying behind the players who decided to spend. Some popular content creators have even gone further, spending more than $25,000 on Diablo Immortal, even if it was to prove how predatory the microtransaction system can be.

Popular Twitch streamer Quin69 went so far as to delete his character, spending an insane amount of money to earn his first five-star gem, which is used to improve weapons and increase the statistical values of certain categories. During one of his broadcasts, Quin69 spent over $20,000 in New Zealand dollars to show how absurd the bets were to get something good without having a single five-star item. In a later thread, he finally got what he was looking for, only to quickly delete his character, delete Diablo Immortal, and urge his viewers to do the same. Despite the movement of content creators emphasizing Blizzard tactics, the game continues to grow both among the players installing the game and among those who decided to invest their hard-earned money in it.

To date, the United States accounts for 43 percent of the total revenue from the game, while South Korea ranks second with 23 percent. These two countries also make up the largest part of the player base in the game: the United States accounts for 26 percent, and South Korea for 11 percent of the total. Japan, Germany and Canada make up 17 percent combined, with the remaining 17 percent spread across 49 different countries. Due to the monetization of the game, Reddit users went so far as to demand that Diablo Immortal be banned from the Diablo subreddit, which further intensified the controversy around the name for mobile devices and PCs.

Diablo Immortal is already available on mobile devices and PCs.