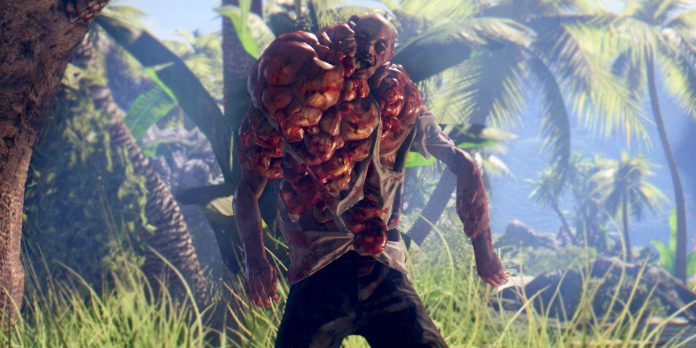 It is reported that the zombie game Dead Island 2 is due to be re-introduced later this year. The sequel to Dead Island and Dead Island: Riptide by Techland was originally announced eight years ago at E3, but due to the difficult development of Dead Island 2 was inactive for a long time.

When was the first one launched Dead Island, many fans were surprised by its tone and gameplay after the title’s advertisement, which showed a gloomy trailer, more like a short film about the last moments of a family’s life at a doomed, zombie-infested resort. The title itself was an open-world first-person role-playing game that focused on hand-to-hand combat, as players could create and modify their weapons to survive. While Dead Island: Riptide used a similar marketing approach with a heartbreaking trailer showing a couple accepting their fate as zombies descend on their beached boat, the trailer for Dead Island 2 was much livelier both in visual terms and in the choice of music, with a runner in a California location gradually turning into a zombie., because there is a massacre going on around him, and the “Bomb” of Pigeon John sounds in his headphones. The re-release of Dead Island 2 has been expected for some time, as the recent showing of Goat Simulator 3 at Summer Game Fest beat these expectations by parodying the 2014 Dead Island 2 trailer almost exactly, only with more goats and fewer zombies. .

According to industry insider Tom Henderson (via Dualshockers), this reopening could happen by the end of this year. Henderson quotes an anonymous source who believes that the announcement at The Game Awards in December “makes a lot of sense” and also reveals some information related to the title itself. Henderson’s source claims that the events of Dead Island 2 will take place in several different locations, including Hollywood and San Francisco, which will match the visual effects of the trailer. They also claim that in Dead Island 2, a lot of attention will be paid to the joint gameplay — just like in its predecessors, which allowed for a joint game for four players — and will introduce six new characters in the series instead of following Dead Island and Dead Island: Riptide. the main characters whose fates remained unclear.

One of the reasons why many believe that there is almost no news about Dead Island 2 is due to its difficult development. During development, the game changed studios several times. Initially, Yager Development was supposed to lead Dead Island 2 after the series was transferred to Techland, which continued to develop the heavy parkour horror Dying Light, but was excluded from the project in 2015 and replaced by Sumo Digital the following year. . Eventually Sumo Digital will also be removed, and in 2019 the project will be headed by Dambuster Studios Deep Silver.

If Henderson’s source turns out to be correct and Dead Island 2 does get rediscovered, it will be good news for fans who have been waiting for a zombie RPG for a long time. With these new frames, it will be interesting to see how the development of Dambuster was based on gameplay demonstrations or changed their name, and the leaked footage has teased fans over the past eight years, which has already received a positive response from fans.

The Witcher: Season 2 Gets Premiere Date And New Teaser