Home Entertainment It is confirmed that the remaster of Bloodborne exists only in your... 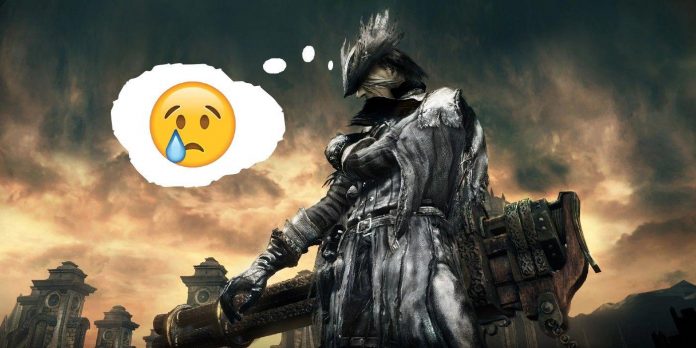 Fans have been desperately waiting for a Bloodborne remaster or a PC port, but industry insider Jason Schreier claims that the project doesn’t really exist— at least not yet. FromSoftware’s 2015 role-playing game takes players to the Gothic city of Yarnam to immerse themselves in a cosmic horror story inspired by Lovecraft’s literature. Creepy Soulslike is based on the gameplay formula created by Dark Souls and changed it to create a truly beloved experience. While the fan-made remaster of Bloodborne 4K and 60 FPS recently demonstrated the potential of the project, an industry insider has shattered the dreams of fans waiting for an official remaster.

In Bloodborne, FromSoftware abandoned the medieval fantasy aesthetics of Dark Souls in favor of a bloody romp through a Gothic city overrun with monsters. Playing as an obedient Hunter, players must fight their way through werewolves, angry mobs and even more terrifying enemies using an extensive arsenal of trick weapons. These weapons can switch between two different forms, adding strategy and brutality to each encounter, and the signature mechanics of the Bloodborne Rally allows players to restore health by showing aggression in battle. The success of Bloodborne means that many players are interested in a sequel, or at least a PC version, so that gamers can enjoy the game outside of PlayStation 4.

Related: Predicting the Next FromSoftware Game after Elden Ring

Rumors about the release of Bloodborne for PS5 and PC have been circulating for years, leaving fans disappointed every time the game is absent from a PlayStation event. Rumors have recently started circulating that Bluepoint Games, a PlayStation-owned studio that specializes in remakes such as Shadow of the Colossus and Demon’s Souls, will be doing a bloody RPG series. These rumors suggested that Bluepoint was developing a remaster of Bloodborne, intended for release on PC along with PlayStation 5. The same rumors suggested that Bluepoint would actually develop Bloodborne 2 after the remaster, taking control of the series from FromSoftware. Many gamers were delighted with this idea, and the fan trailer for Bloodborne 2 showed what a full-fledged sequel to the game might look like.

The rumors about the remaster of Bloodborne were not real leaks

Bloodborne still stands out as the jewel of FromSoftware’s Soulslike line, even after the release of beloved sequels such as Dark Souls 3 and Elden Ring. The remaster will allow the game to finally appear on the PC and achieve a stable 60 frames per second, but Jason Schreier claims that this project is just a dream. Although the industry insider has an impressive track record of leaks, Bloodborne fans must continue to be informed if they want to successfully create a remaster of the Gothic horror role-playing game.

Sylvester Stallone is currently starring in a reality show with Jennifer...