Home Tech It is claimed that there may be 16 quadrillion tons of diamonds... 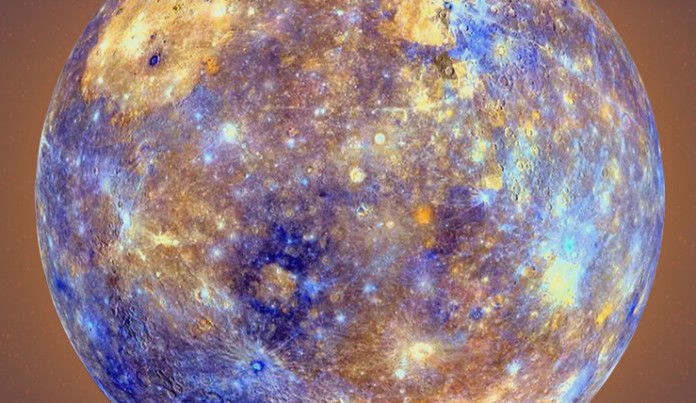 It was claimed that Mercury, the planet closest to the Sun, could be a giant diamond paradise. According to a new study, the planet is home to quadrillion tons of diamonds.

Each planet of the Solar System differs from other planets in its structure and structure. A new study suggests that one of these planets may be covered in diamonds.

Mercury, the planet closest to the Sun, is probably home to a significant amount of diamonds, according to the study. A simulation-based study claims that there could be quadrillions of tons of diamonds on Mercury, which has dense craters.

Mercury May have 16 quadrillion tons of diamonds

A new study presented at the Lunar and Planetary Sciences Conference (LPSC) in Texas last week suggests that Mercury, the Solar System’s smallest planet, may be a surprisingly massive diamond mine.

Kevin Cannon, associate professor of geology and geological Engineering/space resources at the Colorado School of Mines, said modeling models show that Mercury’s entire crust may contain 16 quadrillion tons of diamonds, whereas only a small fraction of the surface material, at most one or two percent, a diamond indicates that this is likely.

The study, which claims that Mercury is covered with graphite, a pure form of carbon, claims that graphite could turn into diamond after impacts from meteorites, asteroids and comets.

However, it is also known that Mercury was particularly badly affected by the late heavy bombardment that occurred approximately 4.1 to 3.8 billion years ago in the early Solar System, where most of the craters on the Moon also formed. However, the fact that Mercury has more craters than the Moon means that the effect of diamond formation may also be stronger.

“We think Mercury originated from a spherical magmatic ocean, a thin crust of graphite formed after it cooled,” Cannon said.

Diamonds can be mined

On the other hand, these diamonds, which may be relatively close to the surface, are slightly different from the transparent diamonds we know. “They probably don’t look at all like the big transparent gems that we cut and carve for jewelry,” Cannon said. saves as.

Of course, this situation is primarily reminiscent of the concept of space mining; however, at the moment it should be noted that mining in space is much more difficult than it seems. When it comes to Mercury, things get a little more complicated. Stating that “because of the orbital mechanics, it is very difficult to get into orbit around Mercury and land on earth,” Cannon states that theoretically it is still possible to mine diamonds on Mercury.

However, the European Space Agency’s BepiColumbo mission, which will reach Mercury on December 5, 2025 and map the planet at different wavelengths, may find Mercury diamonds. Cannon states that the mission is extremely good for discovering certain minerals.