Home News It explains with a map whether the ship is still stuck. 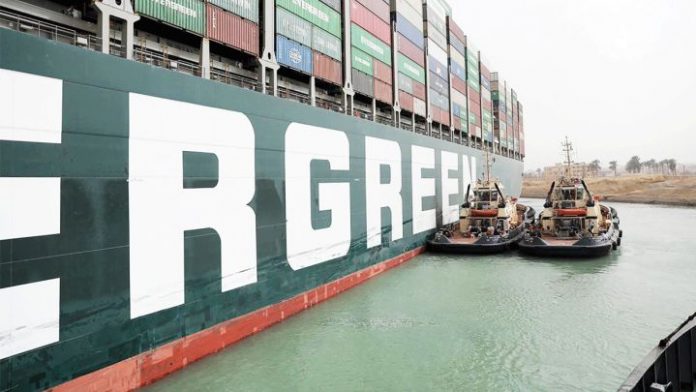 The New York Times has defined it better than anyone: “It took 10 years and 1.5 million workers to build it in the 19th century. And a single day and a giant ship to jam it in 2021 ”. We are talking about the famous traffic jam in the Suez Canal, which is already affecting the world economy.

Measuring 400 meters in length and 59 in beam, the MV Ever Given – under the Taiwanese flag – is one of the tens of thousands of ships that transport goods around the world, from East to West, from West to East.

And a couple of days ago the Ever Given and its cargo of 224,000 tons of goods that were traveling from China to the Netherlands as part of a convoy, got stuck at the worst possible point of their journey: the Suez Canal, after listing and staying aground due to weather conditions.

Why is the world giving so much importance to this? Well, because the Suez Canal represents the passage of 12% of the world traffic of oil tankers and cargo freighters. A traffic jam like this affects imports and exports from different countries: merchandise does not arrive> merchandise is not received> service cannot be fulfilled> money does not change hands or must be returned> economies begin to suffer.

To get an idea, in the barely 72 hours that Ever Given has been stuck, it has already caused the price of oil to rise, gasoline to be more expensive and to become scarce at various points – with the Suez Canal clogged, thousands of Ships cannot pass, including tankers. It is 3 days and a bit, and the accident is already costing us globally 30,000 million dollars in losses, because the other freighters and tankers must skirt the Cape of Good Hope, in southern Africa, which extends their trip to 7 days. the date.

A website to know when the traffic jam on the Suez Canal will end
The SCA, the Egyptian Suez Canal Authority, announced yesterday that work continues to free the freighter, but it takes a long time to refloat the ship, and some experts point out that the situation could last weeks if it were necessary to unload the ship – it is not in a port, but in the middle of a maritime channel.

But when then will the freighter be released? When will the Suez Canal be unblocked? We don’t have that answer, but we can give you a website that reports on this issue: “Is the ship still stuck” is a website created for and due to the Ever Given accident, with an interactive map that informs you of the situation.