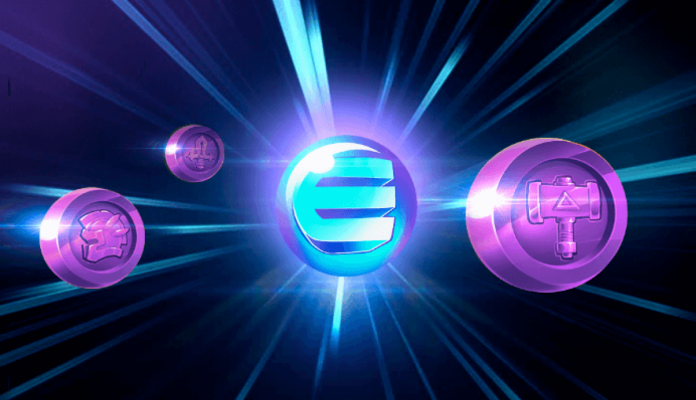 While it was a busy week for both Bitcoin and altcoins, Enjin Coin (ENJ), which increased almost twice in the last 7 days, excited its investors. ENJ token rose significantly by about 250% in 2020. So what is Enjin Coin?

While the crypto money market has increased its total value to over $ 1 trillion, altcoins have also made a significant breakthrough in addition to Bitcoin. One of the rising altcoins was Enjin Coin (ENJ). ENJ has risen nearly 50% in the last 24 hours and over 90% in the last 7 days.

What is Enjin Coin (ENJ)?

Enjin Coin is a project by Enjin company that aims to provide an ecosystem of interconnected blockchain-based game products. Enjin was founded as a game platform in 2009 by Maxim Blagov and Witek Radomski. Enjin Network is a social gaming platform where users can create websites and clans, chat and manage digital stores.

Enjin allows game developers to tokenize in-game items on the Ethereum (ETH) base. Enjin Coin, the local crypto currency of Enjin Network, is used to support digital assets issued through the platform. With ENJ, NFT tokens on the platform can be sold or exchanged for real world value.

The maximum supply for ENJ token is set at 1 billion, and the circulating supply at the time of writing is over 923 million. Enjin is traded in almost 100 parities in more than 30 exchanges. ENJ is listed by platforms such as Upbit, Binance, BKEX, Bithumb, Uniswap, KuCoin.