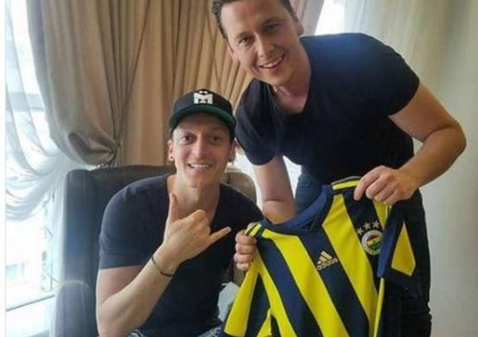 Mesut Özil, whose contract with Arsenal, one of the English Premier League teams, will expire in 2021 and is often referred to with Fenerbahçe, was excited with his sharing.

Thousands of messages came to Mesut, who shared a photo taken from the Bosphorus on his social media account, from yellow and navy fans.

This sharing of the star football player received thousands of interactions in a short time.

THE GREEK DEFENDER HAS LIKED

Fenerbahçe Manager Selahattin Baki made statements about Mesut Özil, who allegedly would be transferred to yellow and dark blue.

Baki, who said that Özil was a good Fenerbahçe fan, said, “Our president had a clear explanation about Özil” It is a beautiful dream. ” . ” he used the expressions.
Bu