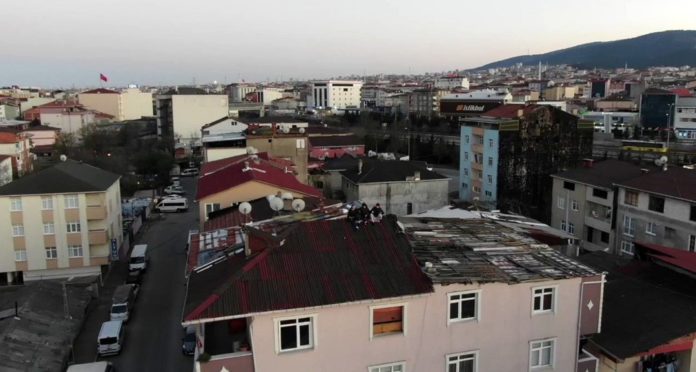 Police teams who detected the curfew violations with drone in Istanbul encountered an interesting incident. In the incident in Sultanbeyli, a group of young people were warned through the police drone while going to the roof of their house and spending time.

The coronavirus outbreak continues to spread in countries. The authorities, who want to control the epidemic and get rid of this problem, are trying to take new measures and ensure social isolation and decrease the spread rate of COVID-19 disease. In this context, the curfew was declared in Zonguldak with 30 metropolitan cities last weekend.

The curfew, implemented at the end of last week, has turned cities into ghost regions. So much so that there was only a limited number of employees and law enforcement officers on the streets. While the police detected violations of both land and air curfews, they also applied the necessary criminal action to citizens who did not comply with the ban. Of course, in this process, some interesting events took place.

An interesting incident that occurred on the weekend was the curfew in Istanbul. The Sultanbeyli Police Department Patrol Teams team noticed that a group of young people were on the roof while practicing drone. The young people in question ignored the social distance rules while spending time on the roof. The police teams, who intervened in the situation, verbally warned the young people with the drone they brought near.