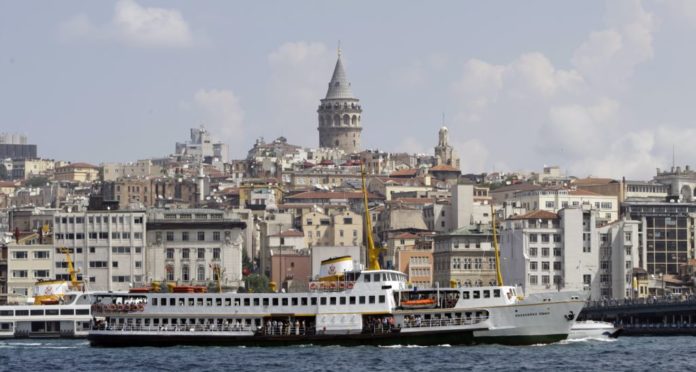 ISTANBUL – Today at 13.59 in Silivri and Kandilli Observatory that occurred in the 5.7-magnitude earthquake caused panic in the city. President Erdogan said no news of death due to the earthquake, but eight people were the injured. Earthquake

Many Istanbulites went out of their buildings after the earthquake and sent many workplace employees to their homes.

Schools were holidayed in Istanbul and Kocaeli.

In the half-hour after the first earthquake, aftershocks of magnitude 3.1 followed by 3.7 and the last 4.7 occurred. Recep Tayyip Erdoğan made a statement at Istanbul Atatürk Airport on his return from New York, where he attended the UN General Assembly. He said eight people were injured in the Silivri-based earthquake.

Erdogan: ‘Necessary coordination will be provided’ ’

President Erdoğan stated that 28 aftershocks occurred after the earthquake, which was 5.8 as of the information given by AFAD, and that the necessary coordination would be provided under the governorship of Istanbul under the chairmanship of Vice President Fuat Oktay.

In Istanbul, some people made some frightening explanations about the earthquake on social media, for example,”do not use bridges,” Erdoğan said, and such statements other than official authorities should not be taken into consideration by citizens.

Erdogan also reacted to criticism of the lack of gathering areas in Istanbul as a preparation for an earthquake and the construction of green spaces with changes in plans. Erdogan, as AFAD said that there are already tens of thousands of gathering areas in Istanbul, perhaps, there may be changes in zoning plan changes, but said there are meeting areas. 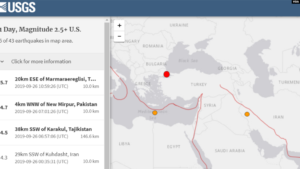 Imamoglu: “We are on the lookout, municipalities and central government should take responsibility”

Istanbul Metropolitan Mayor Ekrem Imamoglu said in his first statement that there was no damage in Istanbul, but then the minaret of the two mosques was damaged, he said.

Imamoglu then made a statement to journalists in AKOM, “Sarıyer and Avcılar’da found that the minaret of the two mosques were damaged. We got a lot of notice about the buildings. Some of the teams are unfounded, others are on the field. The entire metropolitan municipality is vigilant. Very important warning for us. After the Istanbul 1999 Earthquake, we could not reach a satisfactory level. Earthquake is a national problem. Eveyone need to get together and take steps. Municipalities need to take responsibility for central government. Recently, we have identified more than 800 earthquake collection centers, especially the central districts of Istanbul. This fixes a huge lack of determinations. Structures need strengthening. We have to produce an earthquake remedy. ”

President of the Kızılay: Citizens whose homes are cracked should leave their buildings ”

Kızılay President Kerem Kınık also called for the residents of Istanbul not to enter their homes.

Dr. Kınık said, The earthquake, which is 5,7 magnitude off Istanbul Silivri, may have caused damage to some buildings. Citizens with cracks in their homes should leave their buildings and listen to warnings from AFAD and the governor.

This earthquake was in the big earthquake fault we expected in Marmara. A medium-sized earthquake and a couple of weeks can last aftershocks (4 and over). Our citizens in damaged and risky buildings have to leave their homes because they can create an energy that can break the earth’s crust.

Professor Yaltırak: “It is a must in Marmara”

Cenk Yaltırak, a faculty member at Istanbul Technical University’s Geology Department, said that Istanbul’s inevitable earthquake preparations were inadequate and that there were non-aftershocks in the region after the previous 4.6 magnitude shock.

Yaltırak, “Since yesterday there was abnormal mobility in the Sea of ​​Marmara. Everyone is going to have an Istanbul Earthquake. The name of the earthquake will be East Marmara Earthquake or Marmara Earthquake. This earthquake will inevitably happen, but how much does the authorities care? The earthquake of 1894 is the normal fault earthquake in the Adalar fault. For this reason, the micro-earthquake storms that have been going on in Marmara since 2016 constitute three clusters: Eastern Marmara Çınarcık, İmralı and Silivri. These indicate that stress systems increase and turn into earthquakes in systems angled to main faults.

‘Kingdom’ could have a third season and this would be its...

Disney Plus to air the first two episodes of WandaVision