Home Celebrity Issues to follow Veronica and Jughead after the jump 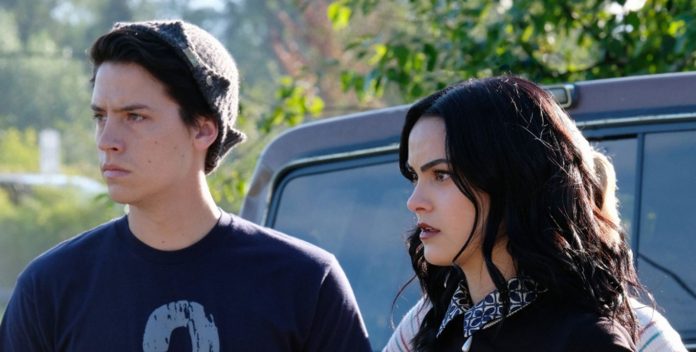 When Riverdale takes its leap in time this season, Archie and his friends will be adults in their twenties. Everyone will live separate lives outside of their hometown. But a description from Episode 5 hints that Jughead and Veronica’s troubles will follow them back to Riverdale.

With Episode 4, Riverdale will take a seven-year time jump into the future. Archie (KJ Apa), Betty (Lili Reinhart), Jughead (Cole Sprouse), Veronica (Camila Mendes) will be adults and continue their relationships and careers away from Riverdale.

As reported, in this future timeline, Veronica will marry, not Archie but Chad Geko (Chris Mason), who is described as a controlling and jealous husband with a terrible alpha dog personality.

In turn, in the second episode of season 5, Jughead revealed that he entered the writing program of the University of Iowa. This means that he will be moving out of Riverdale for a few years and if Jughead finds out about Archie’s kiss with Betty, he may leave with a broken heart.

On the other hand, when Riverdale takes its time jump, most of the crew will be living far from their hometown. But in his absence, Hiram Lodge (Mark Consuelos) has turned the place into a ghost town. After learning of the terrible new state of Riverdale, Archie will contact his old friends and ask them to return home.

On the other hand, Veronica gets creative when she finds out that Chad is following her, so knowing that Veronica’s husband is the type to be jealous of her, she is not surprised someone is following her.

But it is not yet clear why the debt collectors will pressure Jughead. Did he borrow money for a new book idea? Did he fail as a writer?

Hopefully fans will find out soon enough, Riverdale will take a time jump after high school graduation, in episode 4, “Purgatory.” Likewise, episode 5 will air on February 17 on The CW and later on Netflix.

The Hug Between V and Jimin Most Tender You Will See