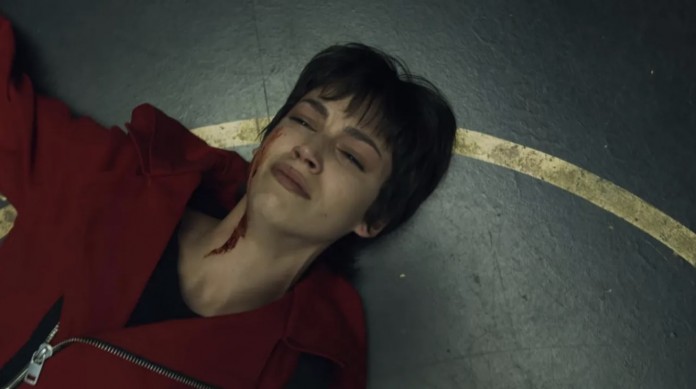 Netflix has released the last 5 episodes of La Casa de Papel season 5. What will be the fate of the beloved character Tokyo?

The famous Spanish series La Casa de Papel will be in front of the audience on December 3 with the last 5 episodes of the 5th season. The first 5 episodes of this season, where Álex Pina, who has also signed in productions such as Visavis and The Pier, is in the producer’s chair, will make its finale and aired on 3 September. Exciting wait continues for the remaining episodes.

The promotional trailer of the last 5 episodes of the 5th season of La Casa de Papel was shared on October 13 with the note “The grand finale is approaching…”. The short video, in which the professor uttered the words “I will not let anyone else die because of this robbery”, ended just after the scene in which Lisbon was captured. Netflix shared another trailer today.

The trailer shared on Netflix’s YouTube channel with the words “The world’s biggest heist is coming to an end” shocked the audience. It was reported that the character of Tokyo, played by Úrsula Corberó, one of the indispensables of the series, died.

“Tokyo is dead.” While saying that, it did not go unnoticed that all the characters had a morale disorder. In a short time, social media was filled with sad messages from those who love Tokyo. Those who wanted to accept Tokyo’s death reacted to this situation, which almost had the effect of mourning.

There was no death scene in the trailer. At this point, a few possibilities come to mind; either Tokyo is really dead and Netflix wants to show it in the last 5 episodes, which will be released on December 3. Or again, the Professor and his team put one of their usual plans into action. Tokyo’s death may also be part of this plan.

The team has been closed at the Bank of Spain for over 100 hours. Although they managed to save Lisbon, dark times await them after losing one of their own. Sierra has captured the Professor, and for the first time, the Professor has no escape plan. Just when it seems like there can be no more trouble, an enemy far more powerful than any they’ve encountered so far arrives on the scene. Now they have an army against them. As this biggest heist in history draws to a close, what started as a bank robbery will turn into a war.

Popular actors such as Alvaro Morte, Ursula Corbero, Pedro Alonso, Itziar Ituno and Darko Peric will be in front of their fans in the last 5 episodes of the 5th season of La Casa de Papel.