Home Entertainment Is the trailer for “Black Panther: Wakanda Forever” another indication of Marvel’s... 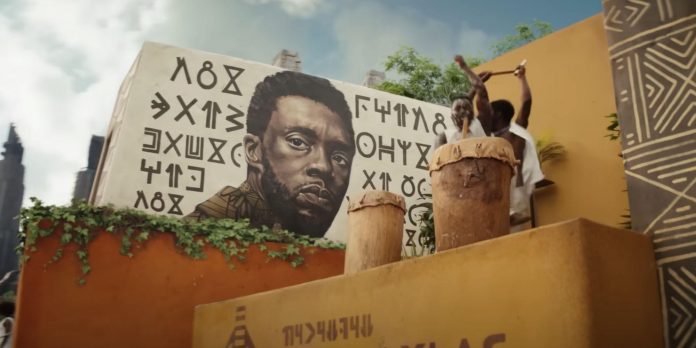 At this year’s San Diego Comic-Con, Marvel Studios finally released the movie lineup for Phase 5, which will begin February 17th, 2023 with Ant-Man and the Wasp: Quantumania. Phase 5 has been dubbed the Multiverse Saga, leaving fans curious and excited about what else Phase 4 has to offer before drawing to a close.

Arguably one of the most highly anticipated projects of the last few years, Black Panther sequel, Wakanda Forever, will finally make its debut and close out Phase 4 this year, when it comes to theaters on November 11th. The first teaser trailer for the film has finally been released, offering some amazing visuals to fans who have been waiting for this moment since the project was announced back in May 2021.

The trailer is vastly different from anything the MCU has done before, with ultimately no dialogue present in the 2-minute clip, aside from a passionate line by Wakanda’s Queen Ramonda, where she expresses her anguish over the fact that her entire family is now gone. Aside from this, the only sound comes from background music, which pairs stunningly with the trailer’s aesthetics.

Visually, the teaser trailer offers tons of underwater scenes, including a mother giving birth, a pod of whales, and a brief glimpse at MCU newcomer Namor. So far, Marvel heroes have battled it out on land and space, but Wakanda Forever will finally take their characters to the sea. One of the biggest plot points in Black Panther 2 will focus on the relationship between Wakanda and Atlantis, a storyline plucked from the Marvel Comics, that pitted the two groups against each other.

Marvel has been doing a pretty good job creating more visual distinctions between their projects lately, as seen in Doctor Strange in the Multiverse of Madness. Although some fans were disappointed by the movie’s actual story, the visual elements were consistently gorgeous. Director Sam Raimi brought his unique flair to the project, which gave Doctor Strange 2 a more creative feel that distinguished it from other Marvel projects, even when the plot development fell short.

Based on what can be seen in the Wakanda Forever teaser trailer, it appears as if director Ryan Coogler has managed to do the same for the Black Panther sequel. Coogler also directed the original Black Panther in 2018 and found a way to transfer his personal touch into the Marvel Cinematic Universe, without compromising the characters or storyline. Coogler still receives praise for the work he did on the original movie, and appears to have already outdone himself and surpassed his previous success, according to the Wakanda Forever trailer.

Over the years, the MCU has gotten much better at selecting directors that fit with the tone of their projects, allowing them to tap into their individual styles, which blend naturally with the projects they’re working on. Beyond Sam Raimi’s directorial success in Multiverse of Madness, fans also rave about Taika Waititi’s work in the 2017 film, Thor: Ragnarok. His most recent MCU project, Thor: Love and Thunder, wasn’t as successful as Ragnarok, however it’s undeniable that Waititi left an impression on the God of Thunder’s storyline. James Gunn’s Guardians of the Galaxy series is much the same, capturing all the things that make a movie a James Gunn project and setting it apart from the traditional MCU vibe.

By allowing these directors to embrace their personal quirks and techniques, Marvel is producing projects with more variety. A lot of the earlier films from Phase 1 and Phase 2 share extremely similar styles and tones, which resulted in the Marvel franchise being associated with a certain branding. While some of that has managed to stick around in the current Phase, there’s definitely been a shift in the way the MCU creates their movies and shows.

Coogler’s Wakanda Forever is another example of this creative shift in the Marvel franchise. Having done so well with Black Panther in 2018, Marvel’s decision to bring him back for the sequel already seems to be the right move. Not only is he already familiar with some of the character’s he’s working with, Coogler also has experience combining his directorial approach with a Marvel Studios storyline in a way that both separates and unifies the Black Panther series with the rest of the MCU.

Although Wakanda Forever may have some creative and visual differences from previous Marvel films, the trailer does include scenes that fit with the MCU’s brand. If Black Panther is anything to go by, Coogler’s vision for the sequel will include plenty of stunning imagery and individualized thematic material that distinguishes the film as his own, while still keeping in touch with the larger MCU story at play. The Wakanda Forever teaser trailer might only be a couple of minutes long, but Coogler has clearly embraced Marvel’s new stylistic trend that captures the unique talents of recent MCU directors.

Steam Celebrates Quakecon 2021 With Deals On Games Like Skyrim, DOOM...