Home Entertainment Is “The Last Samurai” even real? Explanation of the real story 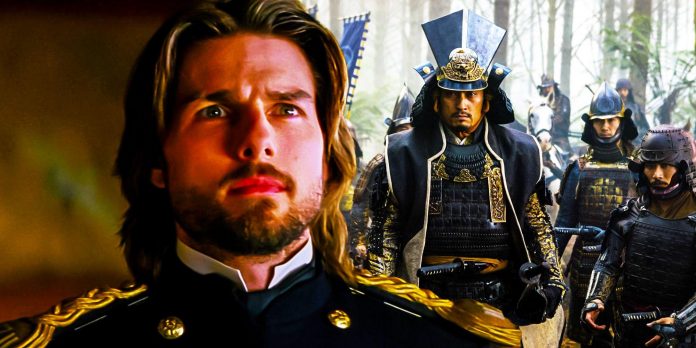 Historical drama The last samurai tells about the real Japanese uprising of the 19th century, but invents several historical events and people. The drama about Edward Zwick received four Oscar nominations after its release in 2003 and for many years caused controversy about its plot and the narrative of the White Savior. So, which part of the story is real, and which part of the real story was changed for “The Last Samurai”?

In “The Last Samurai,” Tom Cruise of Top Gun plays the role of Nathan Algren, a member of the 7th Cavalry Regiment of the U.S. Army who served during the Indian Wars, shortly after participating in battles during the American Civil War. All over the world in Japan, the Meiji Restoration introduced a new way of life and thus caused an uprising among the samurai. Japanese politician Mr. Omura (Masato Harada) visits America and recruits Algren to train the Japanese Imperial army, hoping for a smooth transition into a new cultural era.

In “The Last Samurai”, a provoking incident occurs when Algren engages in battle with a group of samurai led by Lord Katsumoto Moritsugu (Ken Watanabe from “Godzilla 2”). He fights bravely and fiercely, so much so that Katsumoto eventually saves his life, who subsequently takes the American to the mountains and provides care. Day after day, Algren not only learns samurai, but also learns to love traditions and codes of conduct. “The Last Samurai” turns into a brutal final act in which Algren and Katsumoto fight the Japanese Imperial Army together with the former commander of the 7th Cavalry Regiment of the American Colonel Bagley (Tony Goldwyn). Samurai fight to the death using only traditional weapons. Algren manages to survive, meets the Emperor, and seems to be starting a new life with Katsumoto’s sister, Taka (Koyuki Kato). Here is a complete analysis of the historical authenticity of “The Last Samurai”.

Was Katsumoto Moritsugu a real person?

Katsumoto Moritsugu from The Last Samurai is based on the iconic Japanese samurai Saigo Takamori. In real life, Saigo initially led the imperial forces and won the four-day Battle of Toba-Fushimi in January 1868. By 1877, he sided with the rebel forces and participated in the so-called Satsuma Uprising. Saigo was defeated and killed at the Battle of Shiroyama, which served as the inspiration for the final extended battle sequence in “The Last Samurai” (and thus is part of the real story).

Who is Nathan Algren based on

The character of Cruz in The Last Samurai is not based on the real story of an American soldier, but is inspired by the real story of a French officer named Jules Brunet. In 1866, Brunet was sent to Japan to train the armed forces and eventually participated in the Boshin War after refusing orders to return home. In 1867 , the military dictator Tokugawa Yoshinobu resigned, which led to the end of the shogunocentric world in Japan and stimulated the Meiji Restoration under the 14-year-old Emperor Meiji. While Algren from “The Last Samurai” previously participated in both the American Civil War and the American Indian Wars, the real mastermind of this character, a Brunette, served during the Second Franco-Mexican War. Later he was promoted to General of Division and served France until 1899.

The chronology of the “Last Samurai” basically corresponds to reality. When Algren arrives in Japan, the real Brunette was also supposed to arrive to train Japanese soldiers. In addition, according to historians, the costumes and staging are generally on top. In general, the premise of “The Last Samurai” is historically accurate. In the late 1860s, Japan was undergoing major cultural changes, and the Emperor was indeed considered a “living God.” For a decade, the rebels fought to preserve the old way of life, but eventually they were defeated. By the way, samurai culture ended with the failed Satsuma rebellion, and the right to wear a katana in public was abolished. So, five percent of Japan’s population — samurai — were forced to adapt.

For practical purposes, the director of “Trial by Fire” Edward Zwick simplifies the restoration of Meiji in “The Last Samurai”. Katsumoto and Algren represent samurai traditions, and Mr. Omura represents modernity. Emperor Meiji is used in the film to show how progressive Japanese culture has been influenced by Western concepts. All this is based on the battle of good and evil, which, in fact, is a substitute for the Satsuma rebellion. In real life, various events unfolded over the course of a decade, but for the purposes of the tempo, “The Last Samurai” has an organic feel, as if it happens over a short period of time. For the clarity of the audience, Tom Cruise’s narration specifies specific dates, with the last battle of 1877 coinciding with the real Satsuma Uprising of 1877.

Friends: This Couple Was Destined Not To Exist On NBC’s Sitcom