Home Entertainment Is the Drago spin-off really what the Rocky franchise needs? 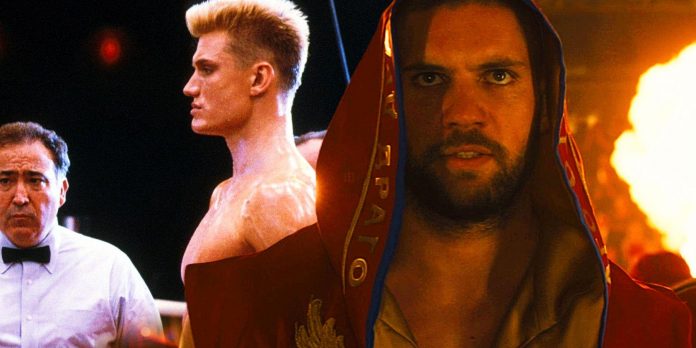 A spin-off film about Drago is in development at MGM, where Dolph Lundgren is going to reprise his iconic role of Ivan Drago, an unexpected addition to the Rocky and Creed franchise. Dolph Lundgren first played Ivan Drago in 1985 in the film Rocky IV, and then returned to this role 33 years later in the film Creed 2. The sequel to Creed not only brought Ivan back, but also revealed that the character has a son, Victor Drago Floriana Munteanu, who was the main antagonist of the film and is also due to appear in the Drago spin-off.

The news of Drago’s spin-off came amid controversy over the rights to the film adaptation of the Rocky franchise. In an already deleted Instagram post, Sylvester Stallone, who will not return to Creed III, spoke sharply about producer Irwin Winkler, who was behind all the films Rocky and Creed. To add to Stallone’s dissatisfaction with the lack of ownership rights to Rocky films, which has become commonplace in relation to cult franchises, the actor claims that he was not informed about the Drago spin-off and is not involved in it. In another Instagram post, which has now also been deleted, Stallone criticized the Drago spin-off and said he never wanted the Rocky franchise to be “exploited for this greed.”

Related: The original concept of Drago Sylvester Stallone was completely different (and even worse)

Sylvester Stallone’s recent comments about how things are going with the Rocky franchise add more context to why Rocky won’t be in Creed III, even though both Stallone and director Michael B. Jordan stressed that Rocky’s absence is related to the plot. The fact that the Creed films tried to distance themselves from Rocky in order to tell the best stories of Adonis makes the announcement of the Drago spin-off even more surprising, since Creed III was just moving away from the traditional Rocky characters. However, Creed II performed better at the box office than the first, and much of the film’s marketing focused on the encounter between Adonis Creed and Ivan Drago, the man who killed Adonis’ father Apollo. Creed II didn’t rely too much on nostalgia, but it did a lot for the character of Ivan Drago and made it so that a film about Drago could become a viable project.

Why Rocky’s spin-off “Drago” is a Good Idea

In Rocky IV, Ivan Drago was a two-dimensional character whose only goal was to become the perfect opponent for Apollo and Rocky inside the ring. Drago was not only a plot move, but also a character, and although Dolph Lundgren made him one of the most recognizable villains of pop culture, it would be impossible to imagine a film centered on a soulless fighting machine. This is what Creed II changed, turning Drago into a real character — a person with personal difficulties, doubts and a lot of regrets. Creed II made Drago the father of an embittered son and showed how the events of Rocky IV changed the character’s life forever. All these were interesting solutions that can now be used much better in the Drago spin-off, which makes the project a good idea, despite the behind-the-scenes disputes.

Both Ivan Drago, played by Dolph Lundgren, and Victor Drago, played by Florian Munteanu, shone in Creed II, but they were only minor characters in the story of Adonis Creed. The “Drago” spin-off offers this reimagined Ivan Drago and his son the best opportunity to be at the center of their own story, and also allows the “Rocky” franchise to continue exploring old characters, while the “Creed” films can remain independent. Creed II ends with a new beginning for Ivan and Victor, a setup that could be the starting point for Drago’s spinoff.

Uncharted: The Lost Legacy Was Going To Have Starred Sully

Boy learns the world: why Mr. Turner disappeared for 18 years