Home Celebrity Is Stray Kids Seungmin afraid of love? This think about relationships 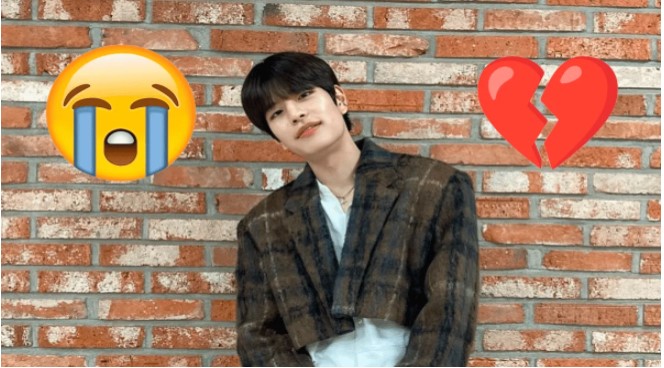 Does Stray Kids Seungmin have a girlfriend? Although very little is known about the love life of idols, he himself was the one who revealed the part that scares him the most about falling in love in the future, can you imagine what it is about?

Within the K-Pop industry, it is not very common to openly talk about romance. Some idols have even revealed that there are clauses in their contracts that prohibit them from dating. On top of that, sometimes some fans don’t take relationship news well. For that reason, idols prefer to keep their private lives out of the public eye.

And for male idols, it has become daily bread to avoid questions that could create speculation about their private lives. Either by pretending that they didn’t hear the question well or by claiming that his only girlfriends are his fans. As is the case with Stray Kids Seungmin.

Recently, Seungmin was a guest on KBS’s “Lee Mujin Service.” In which he talked about various topics with singer Lee Mujin and sang along with him several covers of different Korean ballads.

During the program, Mujin brought into the conversation how painful breakups used to be, the Stray Kids member asked if his companion had suffered a breakup, to which the singer simply replied that it was. However, has Seungmin also had his heart broken?

On the show, Seungmin dared to confess that he had never experienced something as devastating as a breakup. And that through Korean dramas, he had seen portrayed how painful it could be when your heart was broken. Having only that reference, Seungmin confessed that he fears he will be very depressed if he ever happens.

If you want to see the entire program where Seungmin was invited, you can see it here:

Few Korean idol couples go public with their relationship. One of the most popular would be that of HyunA and Dawn, who, upon revealing that they were dating, had to leave their company and their respective groups.

Some other couples, months after confirming their relationship, must separate due to problems in their agendas or pressure from some fans.

Although other idols have confirmed the flirtations that exist between the halls of music programs. The romances and broken hearts remain a mystery to the public.

Recently, GOT7’s Jackson Wang and (G)I-DLE’s Yuqi were caught up in dating rumors. Jackson clarified the situation and decided to take legal action.

Khloe Kardashian: his ex was engaged! How will she react?