Home News Is Russia progressing as it aims in its invasion of Ukraine? 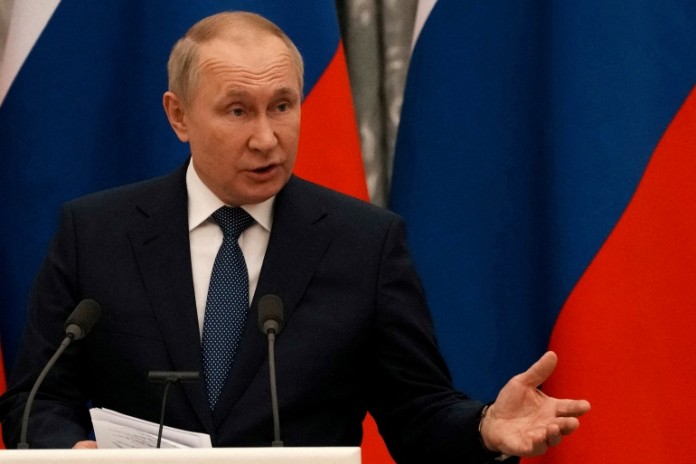 History is full of examples that show that it is much easier to start a war than to end it.

The US invasion of Afghanistan in 2001 and Iraq in 2003 are certainly two of these examples. For Vladimir Putin, Ukraine can become such an example.

They say that all military plans are valid only until the moment of first contact with the enemy. It is possible to say the same for Russia’s plans in Ukraine.

Ed Arnold, a European security expert at the Royal United Services Institute think tank, says Russia’s initial attacks were not impressive and were slower than expected.

Stating that the military doctrine used in the occupations is usually to enter the enemy country with overwhelming force, Arnold points out that Russia has not yet used all of its 150-190 thousand soldiers around Ukraine.

This may be because Russia is keeping the remaining troops for later stages of the invasion.

It’s normal for armies to keep some force in reserve while they review their plans.

Western officials estimate that the initial invasion was launched with half of the border forces.

Russia did not perform as many air strikes and artillery fire as expected.

“The highlight here was a strong Ukrainian resistance, which I guessed was not expected by Russia,” says Arnold.

On the other hand, he thinks that the Russian generals can overcome the setbacks encountered.

Sir Richard Barrons, who was a senior commander in the British army, is of the opinion that Russia can achieve its military goals in a short time.

Barrons says the initial goals of the Russian offensive were to disband the Ukrainian army, overthrow the central government, and annex part of Ukraine.

Russia appears to have made progress on some of these goals. Expanding the occupation of southern Ukraine, Russian troops provided a land link between Russia and Crimea, which they occupied in 2014.

Arnold states that this is a “small target.”

Some of Ukraine’s most experienced soldiers have been on the fronts in Donetsk and Luhansk for years.

To date, they have bravely repelled Russia’s attempts to advance from these regions. But if they are surrounded, they will find it difficult to continue.

The fact that a large part of the Ukrainian army is in conflict makes it difficult to send them elsewhere.

Russia advanced in earnest towards Kiev.

Capturing the capital, which is a center of serious resistance, is one of the main targets.

“Russia cannot be considered successful if Kyiv is not captured,” says Ed Arnold.

The real question here is how easy it will be. It looks like Russian troops are trying to besiege the city. But the further they advance, the greater the resistance against them.

Civilians become both a part of the resistance and a target.

Urban wars are the hardest and bloodiest wars and require more military power.

The Dnieper River forms a natural barrier between Ukraine’s east and west.

Ed Arnold says Russian troops may choose not to cross west of this river.

He adds that if they invade Kyiv and the east of the country, the payoff for advancing west of the river will be low.

Vladimir Putin may be hoping that once the capital is occupied and the Ukrainian army is defeated, the resistance will end.

But while an army of 190,000 might be enough for an invasion, military experts doubt whether that number is enough to keep Europe’s second-largest country under occupation.

“If Putin hopes to occupy the whole of Ukraine with an army of 150,000, it can only be possible with the consent of the people,” says General Barrons, who commanded the British army in Iraq.

Even though there are pro-Russian supporters in eastern Ukraine, a government appointed by Russia will have difficulty in obtaining the consent of the population of more than 40 million.

Altcoin Increasing by 60 Percent in 1 Day: What is RAMP?