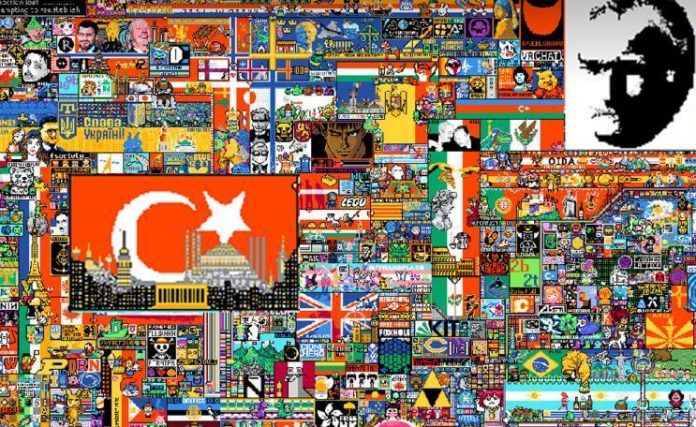 The pixel drawing event called Place, which is again actively held on the popular social network Reddit, has attracted a lot of attention around the world. So, is Reddit Place done? What’s new on Reddit Place?

Is Reddit Place finished? The pixel drawing event called Place, which is again actively held on the popular social network Reddit, has attracted a lot of attention around the world. Hundreds of thousands of people stood guard in front of the screen so as not to damage the Turkish flag drawn by users with pixels. So, is Reddit Place done? What’s new on Reddit Place? Here are the details…

Reddit R Place is a joint project and social experiment hosted on the social network site Reddit, which started on April 1, 2017 and was revived 5 years later, on April 1, 2022. The experiment includes an online canvas located in a subdirectory named r/. This is a canvas that registered users can edit by changing the color of one pixel from 16 color palettes. After placing each pixel, a timer is triggered, and the user can change the color of the pixel every 5 minutes.

The 2017 trial version was discontinued by Reddit administrators on April 3, 2017, approximately 72 hours after its creation. More than 1 million users edited the canvas, posting a total of about 16 million tiles, and by the end of the trial period, more than 90,000 tiles had been posted. Users could actively view or edit the canvas. The experiment was praised for representing the culture of the online communities of Reddit and Internet culture in general.

Ukraine Calls On PlayStation And Xbox To Block Russian Accounts