Home Entertainment Is Marvel announcing the cast of the Fantastic Four at Comic-Con? 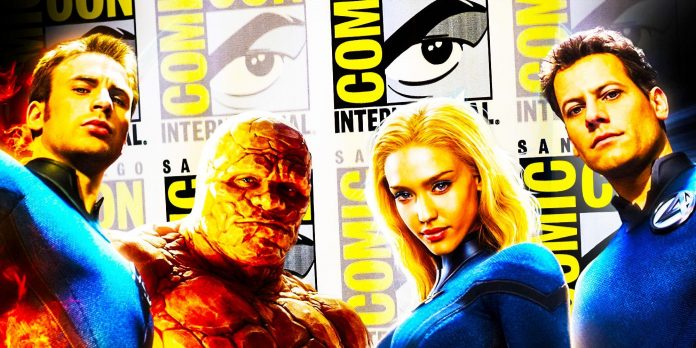 The Fantastic Four is currently one of Marvel’s most anticipated projects, and the cast of the film could be announced at Comic-Con in San Diego in 2022. Despite being one of the most important superheroes in Marvel comics, the Fantastic Four has a notoriously weak track record in movies, so the announcement of the MCU team’s iteration indicates that a proper adaptation may finally be coming. The MCU’s “Fantastic Four” recently lost its original director, but Comic-Con may be the best place to revive interest in the film by announcing its cast.

Although the main Marvel Comics universe has existed since 1939, many believe that the publisher really found its place in the superhero genre in the early 1960s, when the debut of the Fantastic Four became his first successful work of the Silver Age. In what will become a defining characteristic of Marvel characters and stories, the Fantastic Four comics juxtaposed reality with fantasy, depicting naturalistically written characters reacting to their outlandish superpowers and situations. Unfortunately, the three “Fantastic Four” films from 20th Century Fox did not capture the essence of the characters and their comics, but it is expected that the upcoming MCU film will finally pay tribute to them.

The MCU film “Fantastic Four” was announced at Comic-Con in San Diego in 2019, and its original director John Watts was announced in December 2020. There haven’t been many updates about the film since, except that Watts has stepped down as director. role in April 2022. Since only four upcoming MCU Phase 4 films have release dates, Comic-Con 2022 will be a great place to remind fans that the Fantastic Four is still on the way by announcing its cast and possibly a new director.

Why Marvel Hasn’t released Anything about the Fantastic Four Yet

Marvel announced the introduction of the Fantastic Four and Mutants into the MCU shortly after Disney acquired 20th Century Fox, thereby giving the MCU permission to finally use these Marvel properties. Despite this, there have been few updates on both properties, probably because Marvel’s Phase 4 movie list was already in the process when they got the rights to film Mutants and the Fantastic Four. Moreover, Marvel may take its time developing the film to make sure it’s an authentic and audience-pleasing representation of the superhero team.

However, Marvel has recently teased both Mutants and the Fantastic Four in recent properties. An alternate universe version of Reed Richards, also known as Mr. Fantastic, appears in Doctor Strange in the Multiverse of Madness, played by John Krasinski, and the season finale of Miss Marvel confirms the existence of mutants in the main MCU. With the Fantastic Four on its way to the MCU, Comic-Con 2022 could be one of the best places to announce the film’s cast, new director, and maybe even a release date.