Home Entertainment Is it worth watching Spriggan from Netflix? 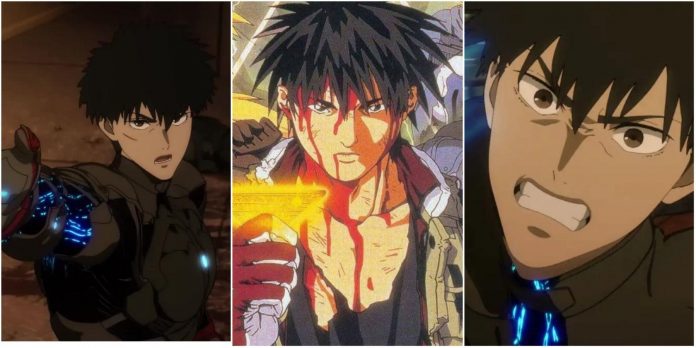 Being such a “landmark”, as stated in the trailer, “Spriggan” is a series that is significantly more niche than other revived anime in recent times. At the same time, he follows in the footsteps of the Berserker of 2016, a new Ghost in armor and an Ultraman and jumped on the bandwagon of 3D anime.

Spriggan began as a manga in 1989, and then in 1998 Studio 4°C filmed it, which often receives praise for sakuga and fighting scenes. This follows Yu Ominae, who works for the Arcam Corporation as a “Spriggan” to protect ancient artifacts from world organizations whose purpose is to use them for selfish purposes. The original manga was heavily censored when it was first delivered to the US, primarily because of its anti-American sentiments, elements that are much less censored in this new adaptation. The series does not hesitate to portray the American and Russian military as antagonists, and in the case of America, it’s nice to see. Apart from anti-American sentiment, there are no more risks.

With just six episodes, Spriggan could easily feel rushed or too short, but instead the series manages to extract a lot of value from its format. Each episode is longer than a typical TV series and tells a separate story centered around a specific artifact or myth associated with cultures around the world. Legends throughout history are reinterpreted as the advanced technology of those who were before, or what seems to be pure magic. Thus, this series does not have a long narrative in mind, and its purpose is only to tell a set of complete stories that have more breathing room than a TV anime.

Yu Ominae looks and behaves exactly as one would expect from the main character of the manga of the late 80s – early 90s: a young man with spiky dark hair who keeps his cool and sense of humor in the heat of battle. He is also still in high school, which makes him a prime wish fulfillment property in the most classic sense, leaving school for long periods of time to go on missions to save the world. The supporting cast is colorful and diverse: in each episode, apparently, there is a deuteragonist in the form of a new minor character, be it an outsider or another spriggan. The first is an archaeologist brought in to help in a case that has a past associated with Yu. The next is Jean Jacquemont, a French spriggan with his superpowers.

These minor characters are on the verge between stunning (albeit somewhat banal) and quite easily forgotten. Worse, they don’t play roles outside of their individual episodes, with the exception of Yoshino, who appears in two of them. Speaking of Yoshino, she is a confident, stubborn treasure hunter who works alone, but runs into Yu in his assignments.

Think of Indiana Jones, but it’s really problematic what Twitter calls them.: This is Yoshino. “Problematic” is used more in a playful way than seriously — everything is fine with her, although sometimes she is annoying, which makes Yu’s irritation towards her much more interesting. In general, the characters serve their purpose as helpers and then disappear. If anyone should have guessed, the introduction of the characters was done in such a way that the sequel could combine the characters in a longer narrative. The season ends with a post-credits cliffhanger suggesting new dangers on the horizon that could lead to a more coherent narrative and the return of characters in the second season.

It would be hard to imagine that the story of Spriggan would be censored as it was before, because the series is much more anti-government than just anti-American. All the governments of the world are trying to get hold of ancient artifacts to strengthen themselves. He labels the “antagonist” on human nature, and not just on something ancient or alien.

Yu is repeatedly asked questions about whether Arkam, his organization, is right, and what he will be ready to do if his mission turns out to be a lie. But despite this possibility, Yu remains strong and swears that if this happens, he will destroy Arkam himself.

Spriggan takes off his mask and claims that there is no world government that does not act selfishly, and then offers the conceit that the main characters are good people who want to protect humanity from themselves. It challenges the notions of fairness and honesty of organized groups and governments, and it all serves the idea that people are something that is really worth protecting.

The computer graphics of the early trailers gave the impression that the whole show would be animated in this style, whereas later trailers showed more beautiful hand-drawn animation. In the end, computer graphics stand out the most, which is annoying considering the progress made with anime computer graphics. The style here has its own obstacles, both with the rigidity of the character models and with the coloring, which conflicts with other art.

The big problem is consistency