Home Entertainment Is it time for the release of Animal Crossing in the West? 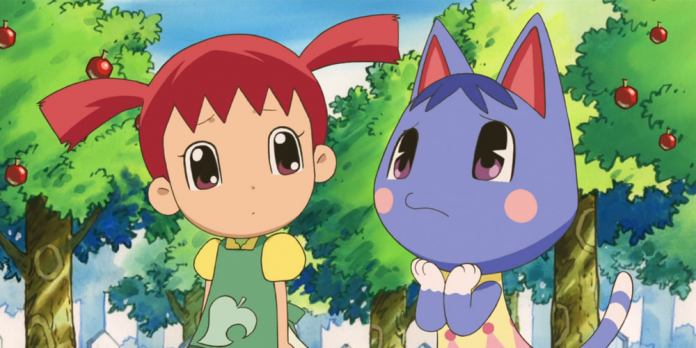 In April 2001, a brand new Nintendo game was released in Japan for the first time. Animal Forest, as it was called at the time, was a life simulation game for the Nintendo 64 that allowed the player to live in a small village with animal neighbors. Later released under a new name, Animal Crossing was moved to the GameCube, where viewers outside Japan were finally able to fall in love with the game and play it for the first time.

After the success of Animal Crossing (2001) and Animal Crossing: Wild World (2005), Nintendo had an idea: what if we turn this promising franchise into a movie? The game itself already had a unique plot, and it would be easy to turn it into a movie. Therefore, in 2006, Nintendo, OLM, Inc. and VAP decided to release the first (and only) Animal Crossing movie, Dōbutsu no Mori.

For the uninitiated, Dōbutsu no Mori, which translates as “Forest of Animals,” follows an 11-year-old girl named Ai who moves to a new village inhabited by animals. She works hard to make new friends and follow her dream, as well as solve the mystery of the village related to messages in bottles (sounds pretty familiar, doesn’t it?). The film was only released in Japan, and Nintendo of America currently has no plans to release it in English. However, given the continued success of not only Animal Crossing: New Horizons, but also the Animal Crossing franchise in general, many fans are wondering: isn’t it time for them to change their minds?

When Dōbutsu no Mori was released in Japan, it grossed about $16 million (1.7 billion yen) at the box office. Although this number seems small compared to today’s films, “Dobutsu no Mori” actually succeeded for its time. Japanese fans have warmly received the film based on the fact that the video game series has performed so well in the past years. Despite the fact that by that time Animal Crossing was a minor hit in the West, no one appreciated the series more than in Japan. Since the very first issue was released only in Japan, and then an updated version of the GameCube became available first to Japanese fans, the film was a success.

This may be the reason that Nintendo of America has doubts about the release of the film for an English-speaking audience. There is a possibility that Nintendo fears that the film will not be as well received due to the fact that many other countries do not have such a deep connection with the series as fans in Japan. However, as we saw after the release of New Horizons in 2020, many fans of the series (both old and new) deeply appreciate the game. Many fans shared that playing New Horizons helped them cope with the COVID-19 pandemic, which left the world inside, giving them peaceful entertainment locked up. The game resonated with thousands of Switch players: it sold about 38 million copies in two years, making it the second best-selling Switch game. This is the type of fans who have fallen in love with the franchise and are looking forward to watching the 2006 movie.

The reasons for the reissue of Dōbutsu no Mori are not limited to the success of New Horizons. Take into account the announcement that in 2030, the original Animal Crossing for GameCube will no longer be playable day-to-day. Due to the technology that was available at the time, the game clock will stop once it reaches a year. 2030. Animal Crossing is best known for its ability to simulate everyday life, allowing the player to play in real time (or set their own date for the game). While the game will still be playable, GameCube players will no longer have the “everyday life” experience that the series provides. The release of the film in the west will not only bring a sense of unity and comfort to longtime Animal Crossing fans, but will also give many players the opportunity to remember their youth when they downloaded their GameCube and hung out with their animal neighbors.

While the re-release of Dōbutsu no Mori would benefit Animal Crossing fans in many ways, there are some issues that would really complicate it. Nintendo would have to hire actors to voice the film into English and probably update some of the dialogue or animation, given the age of the film. It will cost quite a bit, and although Nintendo has the funds, they may not find it necessary to spend these mushrooms on a movie made in 2006 that never left Japan. In addition, Nintendo will have to weigh the pros and cons of the English reissue. How successful will it be in English-speaking countries? Where would they release it? A theatrical release probably won’t bring much revenue, but which streaming service would want to make an animated film about life with animals? Even though now seems like the perfect time to re-release Dōbutsu no Mori, there are some obstacles that stand in the way of this.