Stock market data shared by Chainalysis signals a new bearish for Bitcoin. Although some Bitcoin experts do not expect a drop as sharply as in March, the prospect of a new drop continues to scare investors.

According to Chainalysis data, Bitcoin investors sent 36,800 BTC to cryptocurrency exchanges yesterday. This stock market data can be alarming for Bitcoin, as this number had never increased so quickly since March 13. Bitcoin price dropped from $ 7,000 to $ 4,000 a day on this date.

A New Decline May Be Triggered For Bitcoin

Chainalysis economist Philip Gradwell told the CoinDesk team that the amount of Bitcoin sent to cryptocurrency exchanges has been gradually increasing for some time. Gradwell explained that Bitcoin investors have been sending more and more BTC to exchanges since September 20. According to the master name, this indicates that the Bitcoin market is “losing power”. 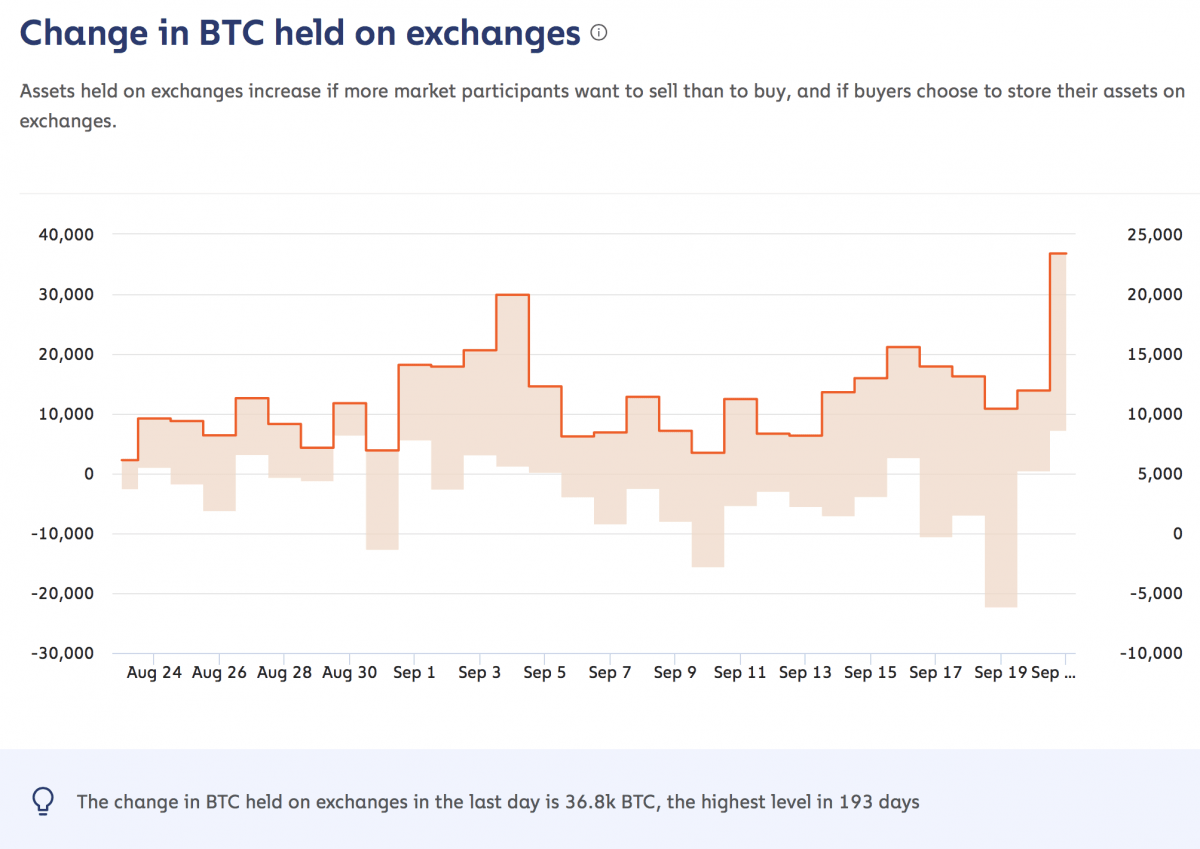 The increase in the amount of Bitcoin held in crypto money exchanges is generally interpreted as a development in favor of the bears. When investors who keep their Bitcoins in their wallets while performing HODL transfer money to the stock market, they usually do so to sell those Bitcoins.

Sales Pressure Begins to Get Stronger

The increase in the amount of Bitcoin held in exchange wallets may not signal a decline in itself. However, the general trading activity in crypto money exchanges also shows that the bearish signals are starting to burn.

Experts have prepared an indicator that can be called “trade intensity” to see how often bitcoins sent to exchanges change hands. Thanks to this indicator, it can be seen how intensely a Bitcoin entering the stock market finds buyers, in other words, how intense demand is for Bitcoin. Chainalysis explained that this indicator dropped as low as 1.75 yesterday, the lowest level in the last year.

When we combine this data with the amount of Bitcoin held in exchange wallets; We can see that people send Bitcoins to exchanges, but these Bitcoins sent to exchanges cannot find buyers. This; It could be an indication that Bitcoin buyers are losing power and a selling pressure is being placed on BTC.

$ 117,000 electric motorcycle returns from the ashes

EA, “more interested than ever” in buying more studies

Jennifer Lawrence stars in “Don’t Look Up” for Netflix

Number of Wallets with 1000 Bitcoin

6ix9ine: who is really his girlfriend Jade?