Home Celebrity Is ENHYPEN planning a comeback for 2022? All about his new music 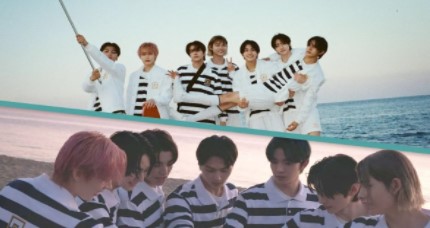 The great relevance of ENHYPEN within K-Pop is becoming more and more noticeable and their idols continue to work hard to achieve their achievements and do not stop, do you have something new prepared for next year?

ENHYPEN does not stop surprising K-Pop fans with each new album, with their most recent release, ‘Dimension: Dilemma’ the idol group managed to become a Million Seller, demonstrating their great popularity and advancement worldwide.

This young group from Be: Lift, has been recognized as an emerging group at a global level, its fandom has been growing exponentially thanks to all the work, effort and talents of each of the members of EN- who put everything of themselves in the study and on stage.

Despite the fact that ENHYPEN has been in the K-Pop industry for a very short time, the group has already managed to become a great fanbase, ENGENE shows all its love and admiration for the artists that make up this boy band; just over a year after their debut, they want to continue dominating the world.

And that is why his work will not stop, it seems that very soon we will have new music and performances from ENHYPEN that his fans will enjoy non-stop.

Everythıng You Need To Know About Enhypen Comeback By 2022

According to South Korean press reports, ENHYPEN is in the studio finalizing his next album, according to this, his comeback would be for January 2022, wow! Nobody expected that they would return to the stage so quickly.

It will only have been 3 months since their last release, ‘Dimension: Dilemma’, with which they conquered in the month of October, so ENGENE is preparing for new songs from their favorite idol group.

What a thrill! The EN- idols keep working to give their fans the best music and we can’t wait any longer to find out about the new tracks that the boy band has prepared for the world.

As we know, the HYBE groups will have new stories to tell us in webtoons and webnovelas through Wattpad, ENHYPEN will have its own call ‘DARK MOON: Altar of the Moon’, which will premiere on January 16, 2022, will it be a date close to ENHYPEN’s comeback? : 0

We will wait patiently for more information and previews for ENHYPEN’s comeback and other releases that will bring new music and concepts for the idols.

This would happen if BTS boys liked the same girl