Home Entertainment Is Destroy All Humans 2: Reprobed a remake? 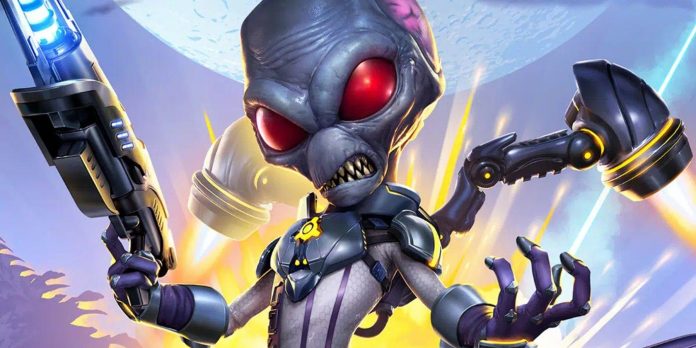 The PlayStation 2 era still holds a special place in the hearts of gamers around the world, and many classic games are still called some of the greatest video games ever created. From Resident Evil 4 and Silent Hill 2 to licensed games like Spider-Man 2 and Simpsons: Hit and Run, there has been no shortage of unique and groundbreaking games for the PS2. But while most of these games are limited to their console generation, several outstanding games have been redesigned or remade over the years, and the upcoming Destroy All Humans 2: Reprobed is one of the lucky few.

Originally released in 2006 for both the PS2 and the original Xbox, Destroy All Humans 2 took on the chaotic fun of its predecessor and expanded it in almost every way, from improved graphics to more weapons and means of destruction. August is full of new releases, and Destroy All Humans 2: Reprobed ends the month with a bang, but many fans are still not sure if this is a full-fledged remake or just a remaster.

RELATED: August 30th will Be a Big Day for Local Cooperative Players

Is Destroy All Humans 2: Reprobed a remake?

Generally speaking, Destroy All Humans 2: Reprobed is technically a remake of the original 2006 game, but it really depends on the player’s personal understanding of the term. According to the game’s official website, Destroy All Humans 2: Reprobed has been rebuilt from scratch using Unreal Engine 4. For most people, this is what defines a remake and ensures that it’s not just a remaster. While the remaster usually uses the same engine, mechanics and visual style, albeit with a new layer of paint, the remake is a classic game created from scratch on a new engine.

At the same time, Destroy All Humans 2: Reprobed looks almost identical to the original 2006 game. Before the sequel, Black Forest Games released a remake of the first Destroy All Humans game. This remake, again, built the game from scratch using a new engine, but it retained the same mechanics, goals, dialogues and weapons as the original, with virtually no new content. While it does create a faithful experience, the transfer of the same gameplay elements made the remake a bit outdated, especially when it came to the complexity of some goals.

Although it remains to be seen, it is likely that Destroy All Humans 2: Reprobed will be a similar case, meaning that the graphics and physics have been significantly updated, but the same general gameplay mechanics will be exactly the same as they are. there were when the game debuted in 2006. As for the new content, Black Forest Games has just officially announced that this sequel will feature Crypto skins from the first game, and that players can now switch their flying saucer paint on the fly.

For those who are expecting a remake of the Final Fantasy 7 level, where the game has undergone significant changes in both gameplay, visual effects, and narrative, Destroy All Humans 2: Reprobed probably won’t satisfy these desires. But for those old fans who want to relive the classic in all its modern tech glory, Reprobed should be a worthwhile purchase when it comes out on August 30th.

Destroy All Humans 2: Reprobed will go on sale on August 30 on PC, PS5 and Xbox Series X|S.