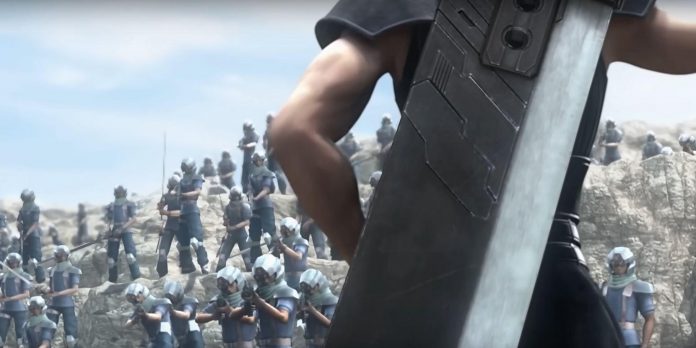 Crisis Core follows the story of Zack Fair, who was soon promoted to SOLDIER 1st Class, and takes place before the events of Final Fantasy 7. Zak finds himself embroiled in conspiracies that have arisen as a result of Shinra’s experiments, starting with the fact that he was given the task of finding Genesis. , a missing member of the SOLDIERS, and following Sephiroth’s incipient madness. The trailer seems to follow a story similar to the original Crisis Core, but there’s a good chance that Crisis Core: Final Fantasy 7 Reunion will go the other way, like Final Fantasy 7 Remake.

Zack became an important figure in the FF7 remake

The assumption that the second part of the Final Fantasy 7 Remake could follow Crisis Core turned into reality when it became known that Crisis Core Reunion would be released a year before FF7 Rebirth. This is important because Zack was already created to be more visible in the sequel — given the references and memories of him in the FF7 Remake and his big reveal in INTERmission. The developers were tougher, hinting at Cloud’s belief that he was Zack, compared to the original game.

When Aeris and Cloud are sitting on the playground, she talks about how he reminds her of her first love, and lists how much Cloud looks like Zack. When she says Zack’s name, Cloud’s ears ring to the point where he can’t hear it. The cut scene of Zack’s final battle against Shinra is also shown in the first part of the remake, but not his death. It was very exciting to see what Square Enix would announce for the 25th anniversary of Final Fantasy 7, and fans certainly weren’t disappointed to receive news about the new Final Fantasy 7 universe and Zack’s potential fate in it.

Not only will Crisis Core: Final Fantasy 7 Reunion take place in the same universe as FF7 Rebirth, but it also looks like Zack will survive his last encounter with Shinra and be alive, possibly with a playable role, in Rebirth. In order for Zack to play his role and meet Cloud and Aeris in the sequel, he must survive his last fight with Shinra in this timeline. This is not a far-fetched idea, given that Zack survived the Episode ​​Intermissions.

Zack Fair’s survival in the Final Fantasy 7 Remake adds more possibilities for where the Rebirth story will go, and what that means for Aeris’ impending demise. It also adds more mystery to how fate and fate work in the remake universe. Some of the biggest hints about Zack’s survival actually come from the Final Fantasy 7 Rebirth trailer and the phrases Aeris and Cloud utter when Zack is on screen.

Aeris’ replicas in the Final Fantasy 7 Rebirth trailer are particularly interesting. She says: “I’m trying so hard to find you.” This is a huge hint that Zak is alive, because Aeris is Ancient. If Zach had been dead, she probably would have found out the same way she knew that Elmira’s husband had died. Even the titles of these remakes hint that Zack is alive. There will be many reunions, and this can be considered his rebirth after death in the original timeline. Perhaps it even means that both he and Aeris will survive in this new FF7 timeline.

It’s unclear where the Final Fantasy 7: Rebirth story will end, but it’s important for Zack’s fate that it’s not released before the end of the Crisis Core Reunion, because part of the story will depend on whether Zack survives his final battle against Shinra at the end of the original Crisis Core.

This Is The Crysis Remastered Trilogy; First Details, Platforms