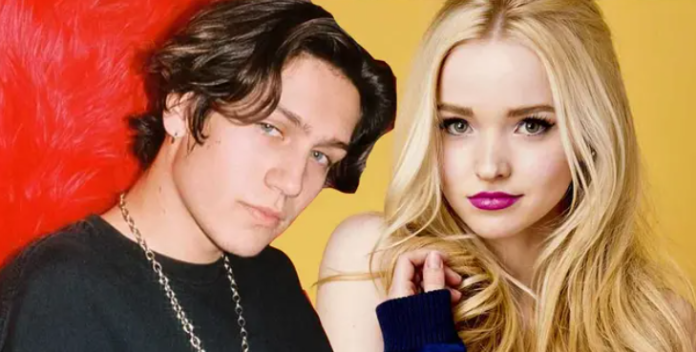 Fans of Hype House co-founder Chase Hudson are convinced that the TikTok sensation is dating actress Dove Cameron after a series of social media posts pointing to their romantic relationship.

Chase Hudson, known to his legion of fans as Huddy, became famous thanks to the musical.ly and its successor TikTok.

Going on to found Hype House in 2019 with the likes of Daisy Keach and Thomas Petru, Hudson continued his career growth by releasing a number of popular singles.

Keen-eyed fans of Cameron and Hudson have begun to establish a connection between the pair amid numerous hints on social media suggesting that romance is on the cards.

The account of influential enthusiast @teatoktalk revealed specific posts in which Hudson and Cameron share selfies together, as well as evidence that Cameron started following Hudson on Instagram. The Instagram account also noted that Hudson reciprocated after Cameron. Fans of the duo have already expressed their admiration, and @stefanystratton said: “I’m happy for them, whether it’s a collaboration in music, a love collaboration, or both!! Everything is beautiful.”

However, some are less enthusiastic that Cameron is dating the Hype House co-founder. One of the commenters wrote “#SaveCameron”.

Neither of them has yet commented on the status of their relationship publicly, but at the moment the debate between the followers of Hudson and Cameron continues to grow.

Halo Infinite Can Be a Big Problem for Gamers with Data...

Kobbie Mainoo Made a Fantastic Impression on The Manchester United Coaches