Home Entertainment Is BTS Preparing a New Collaboration? They Could Work With TM88 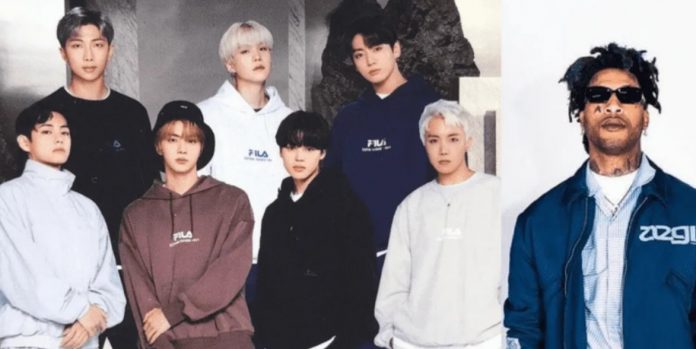 Is BTS planning a comeback with a Hip Hop style? Music producer TM88 revealed new details about his possible collaboration with the idols.

ARMY! A new BTS collaboration could be on the way, chances are the band will join their talents to that of hit Hip Hop producer TM88. Here’s what we know about his wishes to work with K-Pop idols.

On multiple occasions, the boys of BTS applied the phrase of ‘Work so hard that your idols want to do something with you’, at this moment there is a possibility that the band collaborates with an important figure in the industry.

In 2018, music producer TM88 asked for a collaboration with BTS after listening to their work, and revealed that he was interested in the proposal of the group led by RM after enjoying the style of the song 134340.

Perhaps on more than one occasion you have noticed or heard the talent of TM88 in a song by renowned Hip Hop artists such as Drake, Kanye West, Travis Scott, Wiz Khalifa, Migos and many more, specializing in powerful and challenging sounds. Could your collaboration with BTS be a very close reality?

BTS COULD JOIN THEIR TALENTS WITH TM88M, WHAT WOULD THEIR COLLABORATION LOOK LIKE?

Since TM88 asked for a collaboration with BTS for years and nothing came to fruition, at this time he showed that he is a big fan of the idols’ repertoire, such as Cypher 4, so much so that he shared some excerpts of the track on social networks.

Given this background of the producer’s admiration for the GRAMMY-nominated group, it was no surprise that he himself emailed Bangtan Sonyeondan and proposed a collaboration to them.

At the beginning of September, TM88 shared with us that their message was answered with good news since they assured us that with their luck they could do some magic in their style and with music for all the fans. YAY!

It’s been a crazy month, I finally got that email from BTS.

Can you imagine the song that would emerge from the collaboration of BTS and TM88 ? Since the producer has a wealth of experience with Hip Hop and Korean artists are not far behind, the combination of their musical perspectives will be a bomb.

Another name that sounds strong for the upcoming collaborations of the K-Pop boy band is Coldplay, we invite you to see: BTS and Chris Martin: All about their interview for YouTube.

Demon Slayer: Season 2 of the anime gets new trailer