Home Celebrity Is BLACKPINK planning to disband? The truth behind the group rumors 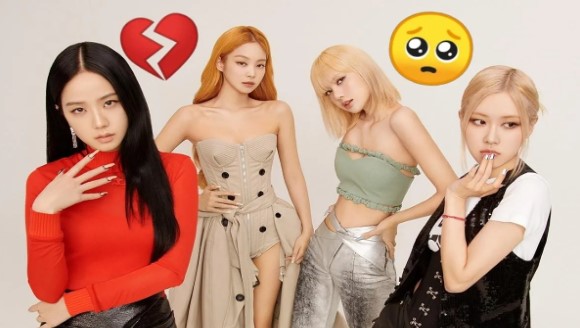 The South Korean group BLACKPINK became the cover of the month of June of the famous Rolling Stone magazine. This would mark the group’s first work as four members in nearly two years, causing great excitement among fans. Similarly, for the interview, they asked the group if they had previously considered disbanding, to which the members were quick to respond about the rumors.

BLACKPINK has been very active since the beginning of the year. Since the confirmation of a possible comeback, they have now become the first K-Pop girl group to appear on the cover of Rolling Stone. Where they also gave an interview to talk about their career and clarify rumors about separation.

BLINK is very excited to see their favorite group together once again. Although the date of his long-awaited comeback has not yet been confirmed. Every time the excitement for his return increases even more.

After facing heavy disbandment rumors due to their two-year hiatus, BLACKPINK is going stronger than ever. This is what its members had to say about the rumors to Rolling Stone.

In her most recent interview with Rolling Stone, BLACKPINK’s Lisa was asked if she had ever thought about what would happen if the group decided to disband. Although this question has been on the minds of fans a lot, Lisa assured the magazine that the members have never thought about it.

The Thai singer told Rolling Stone that she and her bandmates have never spoken directly about the group’s split. Although they have sometimes imagined their lives in the future, they see that future as something very distant from them. And in their immediate future there are no plans for a separation.

Similarly, Lisa said that thinking about the simple idea that BLACKPINK could disband makes her quite sad, so it is a topic that they do not usually touch or think about. The members have been very active in their solo careers but plan to stick together as a group.

BLACKPINK STILL HAS 10 YEARS AHEAD IN THE ART MIDST

Lisa hopes that BLACKPINK will stay together for the next 10 years, as she considers that they still have that time left in the entertainment world. Similarly, she wishes that much later, in case the group breaks up, they can have reunion performances as Spice Girls. That they can still perform and dance on stage. But in the meantime, BLINK will still have your favorite artists for quite a while.

In other news, Jisoo became the global ambassador for jewelry brand Cartier, did you hear?