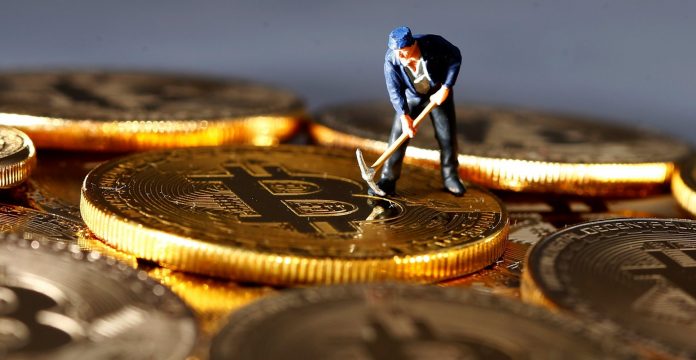 Crypto money mining has undergone many changes in both structure and hardware since 2009. With the electricity-dependent operating system of the Bitcoin network, many experts have expressed concerns about carbon emissions and electricity consumption. How harmful Bitcoin mining is to the environment, what are the different opinions defending?

Miners have been mining Bitcoins since 2009 and verifying users’ transactions. Early miners could do this job using ordinary computers. However, the increasing popularity of Bitcoin has made this job much more difficult.

Now mining with computers at home has become almost impossible. Today, some of them allocate tens of thousands of dollars of capital for this business and buy dozens of different devices, while others come together with other miners and become part of the ‘mining pool’.

The strengthening and proliferation of miner devices means that the electricity consumed by these people also increases. Tens of thousands of devices are working simultaneously to produce Bitcoin in facilities scattered around the world. So how much does this cost for the environment?

How much energy does Bitcoin mining spend?

Cambridge University announced that it uses as much energy as the whole of Switzerland to run the Bitcoin network with its study in 2019. According to the research, Bitcoin uses enough electricity to equal 0.21% of the world supply. This equates to the power that 7 nuclear power plants will produce at the same time.

According to Digiconomist’s measurement, BTC consumes 66.7 terawatt / hour of energy per year. From this point of view, BTC spends as much electricity as the Czech Republic’s total energy consumption, with a population of over 10 million.

Diehl argues that in addition to the energy consumed during the operation of the Bitcoin network, constantly renewed hardware for mining also harms the environment. According to Stephen Diehl, modified or broken parts of machines used to mine Bitcoin also constantly generate waste; these wastes are full of toxins that are not beneficial for the soil.

Diehl cites the work of various climate scientists as an example and states that the Bitcoin network alone can increase global warming by 2 degrees.

One of the important debates on the environmental damage of bitcoin is its carbon footprint. Most experts are more concerned than the energy consumption factor because most mining facilities in the Bitcoin network are located in regions that rely heavily on coal-powered power, such as China. It is estimated by these experts that a significant amount of carbon emission is experienced with “coal feeding Bitcoin”.

An article by Joule magazine published in June 2019 suggests that the annual carbon dioxide emission from the Bitcoin network could be as high as 22.9 million metric tons.

According to studies conducted by the Technical University of Munich (TUM) and the Massachusetts Institute of Technology (MIT), BTC has a carbon footprint of 22 to 22.9 megatons per year. This; It roughly coincides with the carbon emissions of cities like Hamburg, Vienna or Las Vegas. Experts conducting the study argue that this release is large enough to push BTC mining to regulate legally.

“Production with renewable energy should be encouraged more by enacting mining laws in order to achieve ecological balance.”

Hal Finney, an early BTC developer and miner who made the first Bitcoin transfer with Satoshi Nakamoto, expressed his concern about carbon emissions in a tweet he posted in 2009.

The other side of the coin: Bitcoin uses clean energy

These studies point out that bitcoin is emitting a frightening level of carbon. However, there are studies that argue that it is not as harmful as it is thought, and that the crypto money sector is ahead of many other sectors in the use of renewable energy.

Most of the energy used for BTC mining actually comes from clean sources such as wind, solar and hydroelectric, according to a new study by CoinShares. According to CoinShares, 74.1% of the energy needs of the BTC network is obtained from renewable sources.

According to CoinShares, Bitcoin is “more based on renewable energy than almost any other large-scale industry in the world.” However, some experts are concerned that this ratio will decrease in the future.

May not be as harmful as thought

Researchers from the academic journal Environmental Science & Technology suggest that the past and future environmental impact of Bitcoin mining may be less than predicted. Researchers Susanne Köhler and Massimo Pizzol explained that the BTC network consumed 31.3 terawatts / hour of electricity in 2018 and emitted the equivalent of 17.3 megatons of carbon dioxide. The researchers especially emphasized that the carbon dioxide ratio was much lower than expected.

In the analysis, it was stated that the environmental impact can be significantly reduced by making mining equipment more efficient, increasing the use of renewable resources and choosing cooler climates to avoid the cooling need of large-scale mining equipment. However, the researchers drew attention to the importance of the increase in the number of miners in this regard.