The hash rate of Bitcoin reached its all-time high, and it began to be wondered whether this record was a bullish sign. Does the hash rate, which is thought to give an idea about the future of the Bitcoin network and whether it is healthy, points to bullish signals for Bitcoin?

The hash rate, one of the important on-chain metrics for Bitcoin, has reached a record level. Such an increase in the hash rate of Bitcoin is interpreted by market experts as the BTC network is very healthy. While high hash rate is not directly associated with prices, increasing rate is seen as a good improvement for Bitcoin.

Hash rate is the amount of hashes per second for Bitcoin working with the proof-of-work (PoW) algorithm, and each hash is an attempt to find the correct password to extract the block.

Hash Rate Increased by 40% Since Halving

There was a fear among market followers that miners might quit after the halving. But there was no retreat on the miners front as expected, and the Bitcoin hash rate has increased by 63% compared to this time last year. 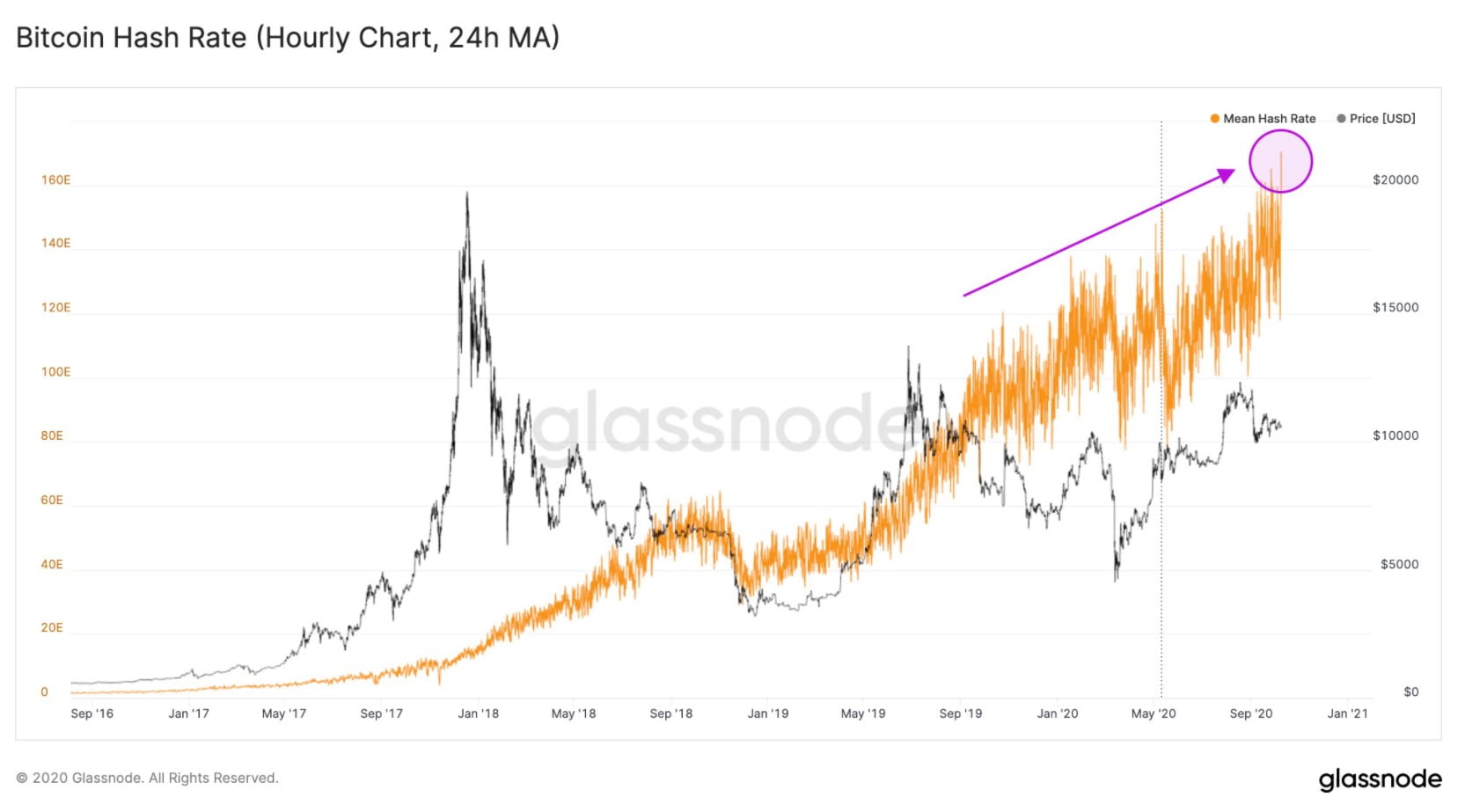 Most experts say an uptrend could soon be observed for the bitcoin price. Analysts explain that it is time to break this stagnation for Bitcoin, which is stuck in the range of $ 10 thousand – 11 thousand and displays a fairly stable outlook. These bullish signals are supported by some positive on-chain indicators such as an increase in hash rate. Market commentators suggest that with these on-chain foundations, the critical $ 11 threshold for Bitcoin can be crossed.

Some of the other on-chain bullish signals are BTC’s ability to stay intact in the last 1 month and high levels of moving average rates. Bitcoin has significantly reduced market volatility in the past month and has managed to stay above $ 10,000 for 65 days, according to data. The 50 and 200-week moving averages for BTC are at all-time highs.

BTS reveals the meaning of Your Eyes Tell, their new song

RM could launch a new collaboration

How to activate Snapchat special lenses for Barcelona