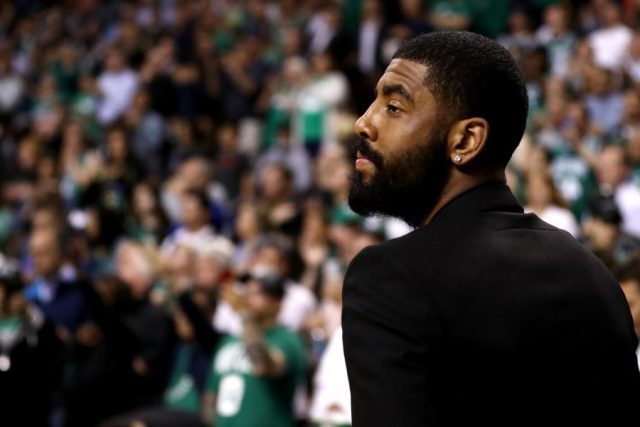 Kyrie Irving added Kyrie Irving, Kevin Durant and Deandre Jordan to the team this summer and talked about the NBA finals match that caused his new team mate Kevin Durant to be injured.

“We all knew it was risky to play at that time. They played a player who hadn’t played for 31 days and was risky to play, just to watch more, to sell products. This season will be different. I’ll make sure he doesn’t go back to the pitch until Kevin is ready. ”

Kyrie mentioned himself,too. Kyrie said that he wanted to stay in Boston before and that he had changed after losing his grandfather.

“9 months ago, when I addressed Boston fans, I said I wanted to stay on the team.

So much has changed in my private life. I didn’t want to say that my wishes changed at that moment, that I was depressed because I lost my grandfather. ”

Then Kyrie chose to return to New York. Somewhere close to where he grew up.

“I want to apologize to my previous teammates. My changing mentality, my thoughts…I want to open a new page here. After all, it’s a game. But our lives depend on it”

Mourinho continues on a roll and brings Tottenham to the Champions...