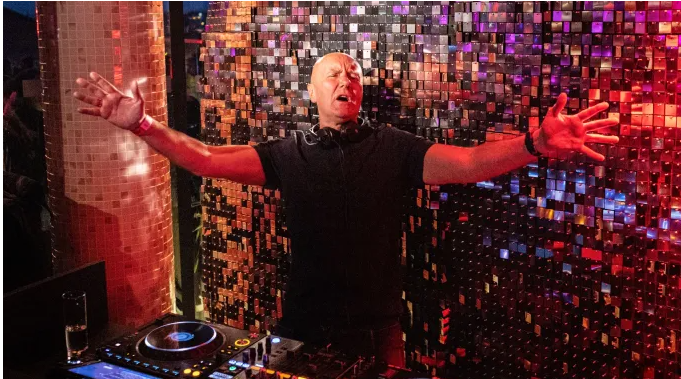 Netflix producer “14 Peaks” Noah Media Group has made a documentary about the cult author “On the Needle” Irvine Welsh and will take part in a show at Mipcom Cannes next week. “I am Irvine Welsh” from LS Films tells about the year of the Scottish director’s life, when he adapted “On the Needle” for a musical in the West End, published a new novel, opened a record company and worked on two television series. Doc reflects on the wonderful life after Welsh found himself in the spotlight when “On the Needle” became a cult classic starring Ewan McGregor, and since then he has been prolific in literature, screenwriting and music. Director Paul Cis, nominated for a BAFTA award, “Polystyrene: I am a Cliche” forges a document, the executive producer of which is Sarah Drummond, and the producer is Natasha Duck. The show “14 Peaks: Nothing is Impossible” is producer Noah’s first non—sports-related global commercial project, and sales manager Catherine Kuantschnigg said she was “delighted to be working on this fascinating study of radical genius.” She will present the show at Mipcom Cannes next week.

“Insatiable and Charmed” star Alyssa Milano will deliver the keynote address at the annual Power Lunch Women in Global Entertainment (WGE) at Mipcom Cannes. The event will take place at the Majestic Hotel on Monday, October 17. The star with several hyphens will focus on the theme of this year’s lunch “Stronger together”. “She will be incredibly inspiring. She will tell her story and light a fire for all of us,” said Melissa Madden, senior vice president of international marketing at A+E Networks, which hosts an annual lunch in Cannes. It’s the 10th anniversary. Milan will also present the first award “Behind the Scenes” at the Diversify TV Excellence Awards, presented by Mipcom together with A + E, on Wednesday, October 19. Lucy Smith, director of Mipcom Cannes, said: “From her early defense of #metoo, Alyssa has become a real catalyst for change, and her influence is extremely great.” We are happy to welcome her to Cannes, I have no doubt that it will be an instructive session, and we thank A+E Networks, who organized this amazing event with us.”

The BBC Three comedy drama about mental health “In My Skin”, whose screenwriter won Russell T Davies in the Best Screenwriter category at the BAFTA TV Craft Awards, received three more BAFTA awards at the Welsh BAFTA Cymru Awards, and Emilia Jones received another prize for CODA. . At yesterday’s ceremony, which took place in Cardiff and is dedicated to the best Welsh television and cinema, the award “In my Skin” was awarded “TV Drama”, “Screenwriter” for Kayleigh Llewellyn and “Director of Fiction” for Molly Manners. The comedy drama follows Welsh teenager Bethan, who lives a double life, struggling with her mother’s mental illness, friendship and her sexuality, dreaming of becoming a writer. Earlier this year, Llewellyn beat Davis for Best Screenwriter at the BAFTA Crafts, as Davis’ AIDS drama on Channel 4/HBO was largely rejected. Last night, star CODA Jones won the Best Actress Award for her role in the Oscar-winning hit Apple TV+, and Owen Teal won the Best Actor Award for his role in the movie “Dream Horse.”

Abacus Media Rights acquired the rights to distribute the full-length documentary “Mariupol: A People’s History” worldwide, with the exception of Great Britain and Northern Ireland, and sold it to several territories earlier than Mipcom Cannes. The document from Top Hat Productions was commissioned by the BBC for the Panorama series and is positioned as the final story of the destruction of the Ukrainian city of Mariupol, told with access to the people who lived there. Robin Barnwell directs and Hilary Andersson produces the document. Sales include SBS in Australia, CBC Gem (Canada), Quebecor Content (French Canada), SWR (Germany) and ARTE (Germany, France), RTE (Ireland), TV4 (Sweden), MTV (Finland), VPRO (Netherlands). , TV2 (Denmark), TV2 (Norway), VRT (Belgium), HBO Europe (CEE and the Baltic States) and BBC Select (USA). “I am honored to present this program and offer it to our customers around the world who agree that this shocking story needs to be told to the widest possible audience,” said Jonathan Ford, Managing Director.

A few days after the sale of Banijay was announced, Beyond Rights hired international television veteran Tara Gol as vice president of sales in France, Central and Eastern Europe, the Middle East and Africa. She comes from BBC Studios, where she has spent the last six years licensing unscripted, scripted and children’s content to a wide range of territories. Prior to that, she sold formats for Small World IFT and worked for four years as vice president of sales at Zodiac Rights, which is now part of Banijay. She has also worked for companies such as DRG and Handmade Films International. Sarah Bickley, head of sales at Beyond Rights, said:”Tara’s experience in unscripted formats and for kids perfectly reflects the current focus of our business, with our new Mipcom tablet featuring great new content from each of these genres. Thanks to her experience and deep knowledge of key markets such as France, she is well positioned to make an immediate and important contribution to the team.”

Naraka Bladepoint Arrives in August and Will Have Open Beta Soon