Home Entertainment Iron Man Confirms That the Only Avenger Who Scares Him is Not... 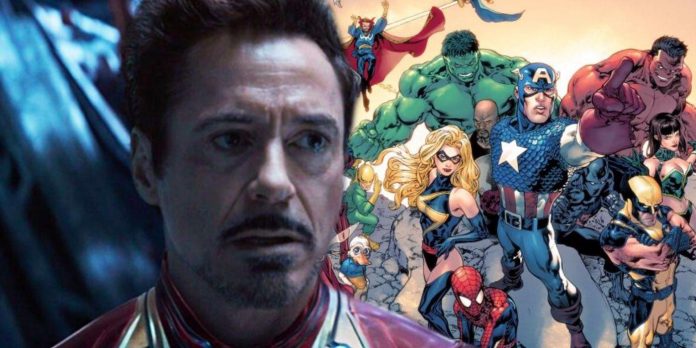 While the Hulk is a truly terrifying member of the Avengers, given his unmatched strength and utter unpredictability, there is another powerful Earth hero that Iron Man actually finds even scarier.

The Avengers have had no shortage of terrifyingly powerful members since the team was first introduced by Stan Lee and Jack Kirby in Avengers #1. Only in the original cast there were several frightening creatures, including the Hulk, Thor and Ant-Man. While Ant-Man may seem out of place in terms of causing fear, like a literal god or a giant furious monster, Hank Pym’s mind is something to be feared, since it was he who created Ultron and is constantly coming up with other fantastic things. but very dangerous gadgets that can bring the world to its knees if they fall into the wrong hands. Since then, the Avengers have been joined by increasingly terrifying heroes, such as a wandering vampire with Blade, an emotionally unstable and immortal killing machine with Wolverine, and a real demon with a Ghost Rider. However, according to Iron Man, none of them can compare with the formidable Captain Marvel.

In Captain Marvel #1, Kelly Thompson and Carmen Carnero, Carol Danvers returns to the superhero scene, fighting some kind of sea monster resembling a Kraken. After she defeats the beast, Iron Man approaches her and asks to talk to her about her plans to move forward now that she has returned to Earth and plans to remain an Earth hero, at least for now. During their meeting, Tony asks Carol about reuniting with the Avengers, and Danvers responds by asking Stark why she talked to him about her re-admission to the Avengers, since he is not even the leader of the team. Tony replies, “I was assigned to talk to you about it… because you’re scary.”

In this issue, Iron Man confesses his feelings for Captain Marvel in the sense that he considers her the scariest Avenger on the team, but his confession also points to something completely fantastic. Tony was nominated by the Avengers—at that time the line—up included Thor, Captain America, Ghost Rider and Blade-and it was decided that he would talk to Carol because she is scary. This means that Iron Man is not the only one who considers Captain Marvel the scariest Avenger, but every Avenger considers her the scariest — even those who literally regularly fight demonic creatures and space monsters.

There is no specific reason why the Avengers are afraid of Captain Marvel, although she is undoubtedly thrilled about it. Captain Marvel is an extremely powerful being in the Marvel universe, without exception, but Carol Danvers as a person gives pleasure with humor, related problems, and a desire to be the best person she is capable of, as well as finding time to have fun with her friends. However, while fans are well aware of Carol’s personal side, the other Avengers mostly see her as a leader among them who uses her power to destroy any threat they encounter. The sight of these forces in action should cause fear, since it is a cosmic-scale force, unlike the superpowers demonstrated by the Hulk, who is strong, but not even in the same league as Captain Marvel. Also, specifically in terms of fear of Iron Man, Carol Danvers doesn’t particularly like Tony Stark after the conflict between Iron Man and Captain Marvel in Civil War II, and she casually threatens to throw him out of the windows of a skyscraper on a fairly regular basis, and since she definitely has the power to support these threats, a healthy fear of her is reasonable from Tony’s side. Iron Man confirms that Hulk is not the scariest member of the Avengers because, according to the Avengers, that honor belongs to Captain Marvel.