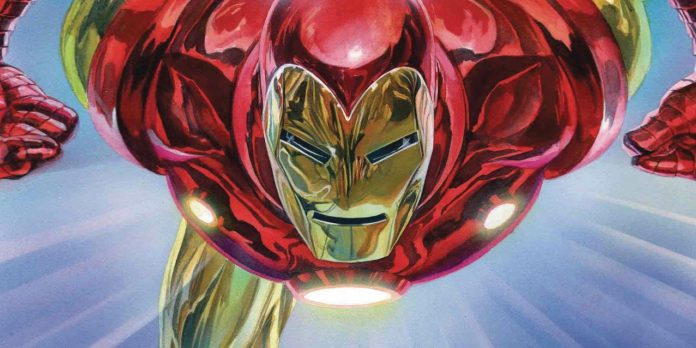 Tony Stark is a brilliant inventor, but his desire to create his own Iron Man—style armor for other heroes officially got out of control and became a problem. In Mech Strike: Monster Hunters #1 from Marvel Comics, Stark shares his new inventions in the field of armor with his fellow heroes, including showing the Wasp her mechanical suit. However, when introducing Janet Van Dyne’s armor, Iron Man admits that “everyone” in the Avengers has a suit, from active members to C-list reserves. The commentary shows that Stark has gone too far with his inventions.

Iron Man is regularly immersed in work, as his personal life often suffers due to the fact that he is focused on innovation and creating better technologies for himself and the Avengers. A running joke with the hero is that he always has armor ready for his teammates, even when they are not needed. For example, he helped save the world by giving Reed Richards his own Iron Man armor, as he is always ready for the moment of crisis. However, unfortunately, his innovation in armor is starting to become a problem.

In Marvel’s Mech Strike: Monster Hunters #1, written by Christos Gage, Paco Diaz, Dono Sanchez-Almara and Corey Petit from VC, the Avengers summon their mechanical armor as Doctor Doom summons a mysterious and dangerous magical event that creates strong radiation. The attack spread beyond Latveria, which led to the intervention of the super team. To fight the supervillain, the heroes put on their massive mechanical armor. The Wasp sees his armor made by Iron Man for the first time, which leads the Avenger to delight. Tony Stark admits that he created an armored suit “for everyone.”

Tony Stark’s admission that he created a costume for everyone from “acting” Avengers to “reservists” and even for “D-Men” shows a huge problem with Iron Man’s thinking as a hero. Instead of innovating elsewhere, Stark’s drive to ensure that everyone has mechanized armor is completely unnecessary. Does D-Man, a D-list hero who hasn’t been with the team for decades or ever played an integral role with them, really need armor? Unfortunately not. Stark obviously has the resources to do whatever he wants, but his obsession with making costumes has officially gone too far.

Of course, his fellow Avengers appreciate having armor that they can call their own. But Tony Stark would save some money, resources, and time if he just worried about making armor just for the current team and its backup members, and not literally for every team member ever. D-Man doesn’t need armor, nor does Dr. Druid, Stingray, or any other C-list hero who briefly joined the team. Iron Man needs to step back, realize that he is doing more than enough with his inventions, and focus his attention on something else.

The MCU Just Gave a Huge Hint to Captain Marvel 2

Why did FF7 Remake cut out the Final Fantasy 7 Avalanche...