Home Celebrity Iris Mittenaere was lynched for her Instagram photo! 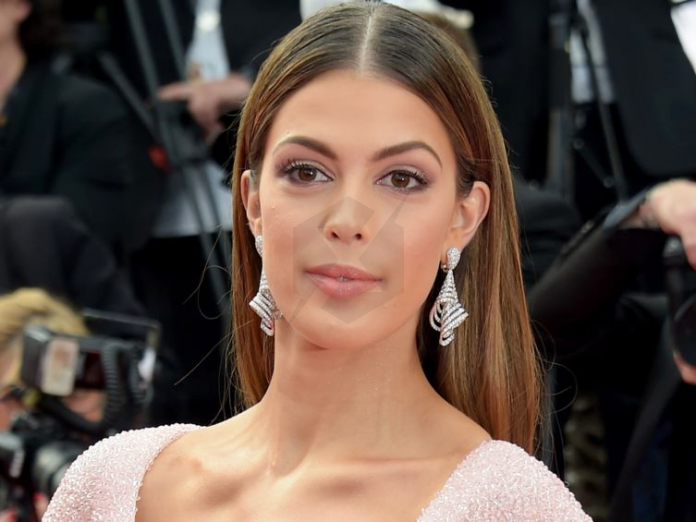 On her Instagram account, the beautiful Iris Mittenaere shared a photo where she faced criticism from haters because of her knees!

On social networks, Iris Mittenaere very often has to defend herself against criticism from haters. They never hesitate to find the slightest thing to criticize the pretty blonde on Instagram.

This Monday, February 15, Iris Mittenaere shared a new photo on her Instagram account. She showed off her long, slender legs lying on a bed. With her best smile, she did not fail to cause a sensation.

In her black and white photo, Iris Mittenaere appeared wearing a pretty black dress and black shoes. In the caption of her Instagram photo, she also wrote: “Monday mood…”.

She also revealed the first name of her photographer. As so often, it is Alix Debeer. On the other hand, some haters did not hesitate to criticize Miss France. The latter then responded in the best possible way.

One subscriber swung, “What are those knees? “. Iris Mittenaere then replied: “Oh, don’t you? It’s stupid… it’s more convenient to walk for a run ”. A repartee that did not fail to make her fans laugh.

In the comments, the latter did not hesitate to speak up for him. It must be said that some are really fed up with reviews on the physique. Some have left adorable messages under the Instagram photo of Iris Mittenaere.

Iris Mittenaere fans wrote: “The beauty of this photo. “,” So simple, but so pretty. “, ” You’re beautiful. “, ” I love the photo !! And the black and white style is beautiful. “But also” You’re too beautiful “.

Iris Mittenaere’s darling Diego El Glaoui also wrote: “It looks like you are on the floor and there is a mattress on the wall”. The main interested party then replied: “When you have beautiful bedding, you have to expose it”.

With her snap, the former Miss Universe garnered more than 75,000 likes in just a few hours from her fans. Besides, this is not the first time she has faced criticism for an Instagram photo.

In another photo, Iris Mittenaere had to face criticism about her face without makeup. She had shared a snapshot where she had taken the pose naturally. Some hadn’t hesitated to tackle her.

The young woman then balked: “When people stop making comments like: not the same without make up etc … I think women will accept each other better … Today I have nothing more to prove”.

She also added, “I have found a true love that finds me beautiful no matter what, I have friends who love me for who I am. So in terms of beauty, fortunately the opinion of 4 c **** does not matter to me “.