Home Celebrity Iris Mittenaere shows you the best way to declare your love! 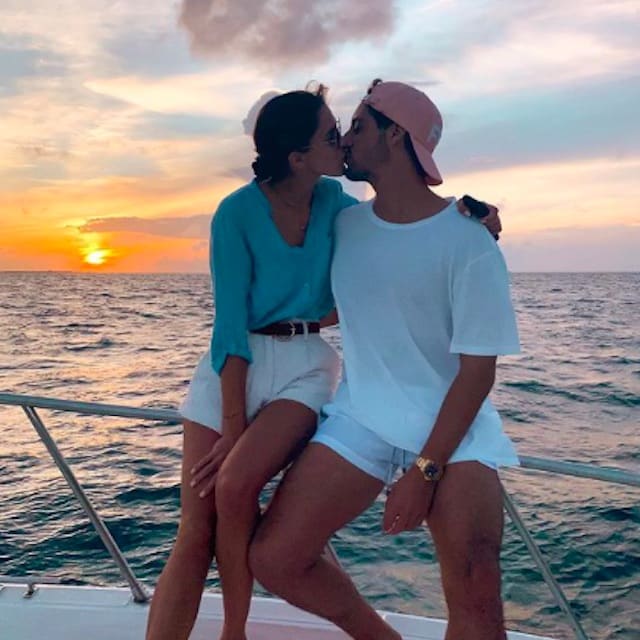 On Chérie FM, Iris Mittenaere unveiled the most beautiful way to declare her love. Her fans are sure to follow her advice!

For several months now, Iris Mittenaere fans have had the chance to listen to him on Chérie FM. And the least that can be said is that her interventions are really eagerly awaited. Recently, she spoke about love.

During Réveil Chérie on Chérie FM radio, Iris Mittenaere unveiled the most beautiful way to declare her love. And the least we can say is that she gave a really good tip to her fans and listeners.

Iris Mittenaere told the air: “I’m going to talk to you about love. It is the most beautiful way to declare your love. “Adopt a Guy” the site has put up a contest for you to send in your best love letter. ”

The young woman also added that this letter would be sent: “in a very special place before reaching its recipient”. She then revealed, “She will be sent to space.”

The former Miss France also explained, “It’s one of the most romantic things you can do. 1000 letters will have the chance to leave at the station. You do not need to subscribe to Adopt a Guy ’to enter the contest”.

Iris Mittenaere also gave some details about this contest. She said, “It’s the Falcon 9 rocket that’s going to send it. For 6 months, they will travel more than 100 million km. It’s cute “.

Iris Mittenaere reveals the most beautiful way to declare her love!

IRIS MITTENAERE PARTICIPATED IN THE “ADOPTE A GUY” CONTEST

Iris Mittenaere also revealed: “If you want to participate in this crazy contest, if it makes you dream, you have to go to the site. Click on the tab “Send letter to space”. And you can write it “.

Iris Mittenaere told her fans: “You have until March 1 to participate”. The beautiful blonde took part in this contest. In any case, this is what she revealed on Chérie FM.

Diego El Glaoui’s sweetheart confessed: “I did. I sent a love letter to Diego who will go to space, if selected. ” It remains to be seen whether she will have the chance to win this competition.

One thing is certain, this great attention will make more than one dream. We will still have to wait six months before finding out who will be the lucky winners. Some people wonder what the former Miss France may have said in her letter.

As a reminder, Iris Mittenaere has shared her life with Diego El Glaoui for over a year now. The two appear to be very complicit and madly in love with each other on social media. They even bought an apartment together.

In a few years, Iris Mittenaere wants to start her little family with her darling Diego El Glaoui. To be continued!