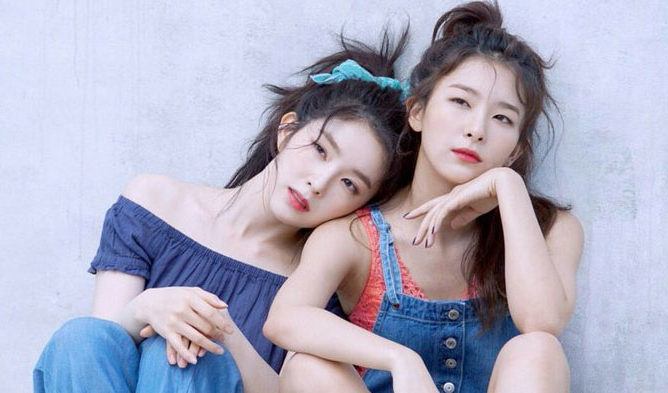 The group’s subunit is set to make its debut with “Monster”. Red Velvet’s Irene & Seulgi subunit have already confirmed their debut date and unveiled the teasers for “Monster.”

The group of the SM agency is one of the most popular in the industry, therefore, they presented the first duo composed of the couple known as Seulrene , they recently postponed the release of the album, but it has already been confirmed when it will be released and the name of their main single.

Through her official Twitter account , Red Velvet revealed the first images and teasers for “Monster”, which will present a dark and aesthetic concept worthy of both members. In the video you can see a mysterious creature, which can be a wolf, they have already included this creature in some of their MVs as “Bad Boy”.

It can also be an animal that was genetically altered, hence the name of the disc. Reveluv shared the opinions of the first advances, they think that it looks too elegant and contains a lot of material to create theories about it.

On the main song, it will be called ” Two Shadows” , although the images also show a contrast between black and white. The album “Monster” will be released on July 6.

“One individual, two shadows”. Could it be that Irene and Seulgi represent the two sides of this creature? We will have to wait for the next teasers . The group is known for carrying out cute and dark concepts to perfection, demonstrating the great duality they possess.

Previously, the girls had already revealed a first preview of “Monster” through an adorable video where Irene shows her abilities as a cartoonist and creates a monster inspired by her debut album, the girls postponed the release due to details in the production of the songs.

BTS and Jimmy Fallon Will Prepare Many Surprises