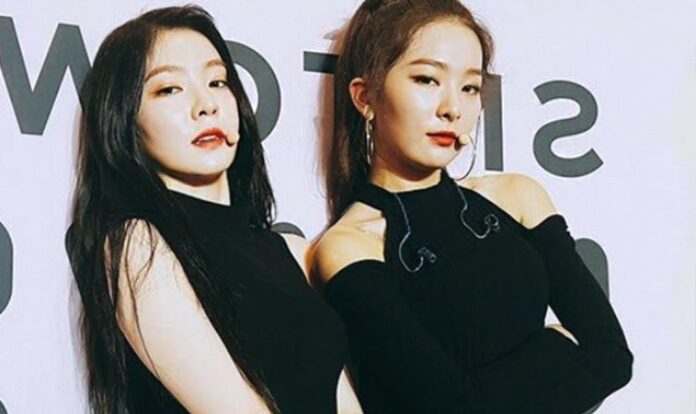 Since the debut of Red Velvet’s first sub-unit was announced , thousands of fans have been thrilled to see Irene and Seulgi on stage, the girls from the K-pop group who are known for their good friendship and dynamics .

Now Irene and Seulgi are preparing the latest musical and creative details for their first album as a subunit , SM Entertainment revealed that the idol project will be released in July .

The first Red Velvet album material Irene & Seulgi will be named ‘ Monster ‘, to share with their fans the girls presented a special dynamic where they created their own monster.

In a clip published on Red Velve’s official social networks, Irene is seen drawing a small colored monster , while Seulgi watches the movements and strokes of her partner.

The video of this activity has more than 24 thousand shares, 38 thousand likes, in the section of comments fans of Red Velvet Irene & Seulgi praised the artistic skills of Irene .

As part of their animated collaboration with the movie ‘Trolls’, the members of Red Velvet faced a very fun reggaeton battle. The idols showed all their talent in this new project.

Netflix’s The Witcher TV Series made CD Projekt the Second Most...