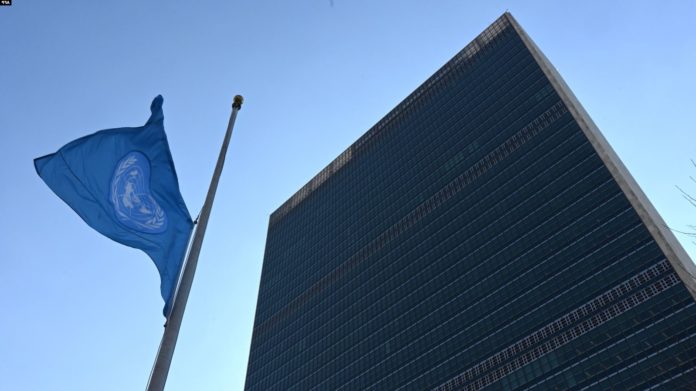 PARIS –Following the French President Emmanuel Macron’s efforts to persuade Trump on Iran at the G-7 summit in France, acting as a mediator between Iran and the United States, eyes were turned to the UN General Assembly. In New York, Macron had been conducting diplomacy for some time to bring US President Donald Trump and Iranian President Hassan Rouhani together.Iranian

However, the September 14 attack on Saudi Arabia’s oil facilities weakened the hope of the Rouhani-Trump meeting. Moreover, Britain’s use of a discourse that directly blames Iran has split the EU countries that have signed the Nuclear Agreement.

Macron, who has been in shuttle diplomacy for months, to reduce tensions between Iran and the US and to save the nuclear agreement signed in Iran and Vienna, flew to New York with “low hope”.

In the oil crisis, French President Macron says that Iran has denied the allegations and wants not to act on the basis of a political fiction. “We must be very careful in describing the attack and attributing responsibility to it. There are clues for now, but this bombing has changed the region’s ecosystem and creates a new situation,” Macron told a group of journalists on the plane, including Le Monde. I do not want to make a political fiction about the role of Iran in order to prevent the rise of blood pressure here because such a thing would be a big strategic mistake for both Iran and the region. ” 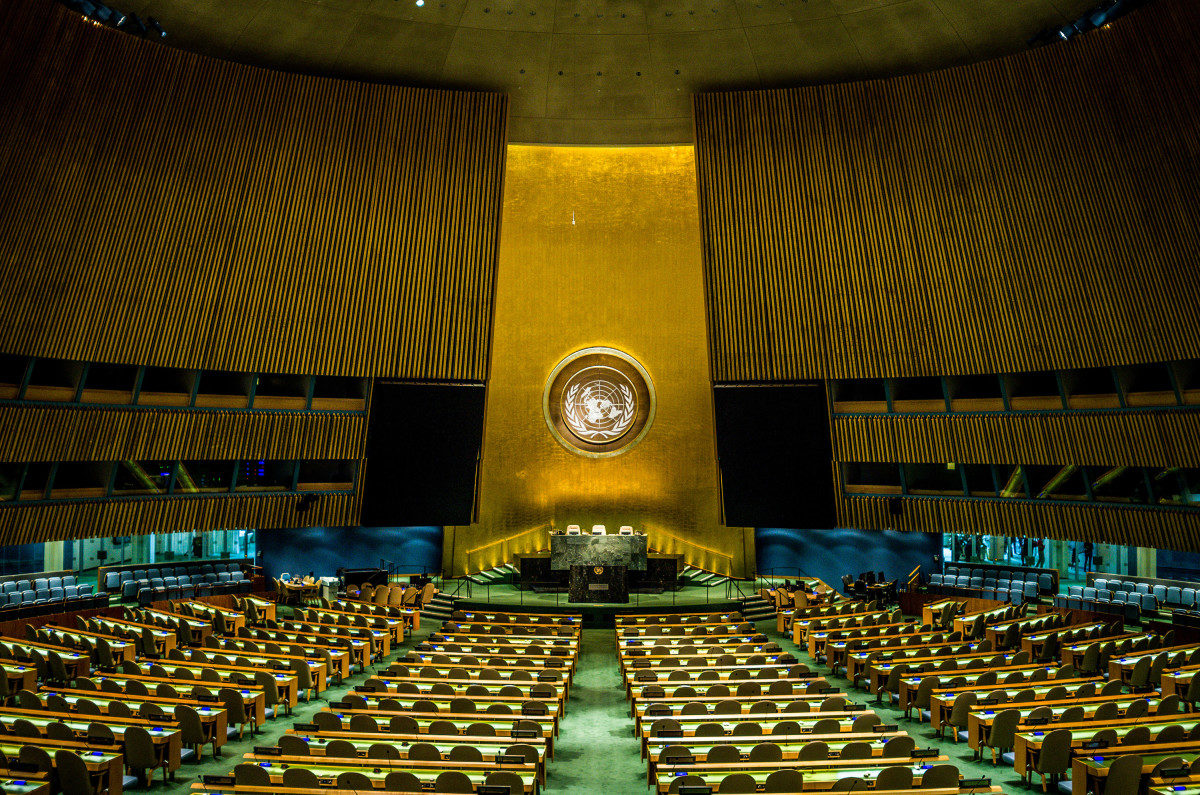 A French diplomat who spoke to the newspaper Le Figaro said that the possibility of the Trump-Rouhani summit in New York will take place, “We do not exclude anything from the possibility. However, this possibility has diminished considerably. it does not have the freedom, “he said, pointing out that the difficulty comes from both sides.

Iranian Foreign Minister Cevat Zarif, in New York, “We have not yet come to a request for a meeting. And only openly stated that the request is not enough to meet. There should be a purpose of the meeting. Just to shake hands together,” he further weakened the possibility of meeting. Iran wants the economic embargo to be lifted in order to sit at the negotiating table. Elegant, but after this stage, not alone with the United States, the signatory countries, the United States, France, Britain, Germany, Russia and China reiterated that they can sit at the table.

President Rouhani, in an interview with CNN International on Sunday, announced that “if President Trump does what is necessary”, that if he announces that he has abolished economic sanctions on Iran in exchange for constantly opening up his own nuclear facilities, he is “ready to meet with his American counterpart.” 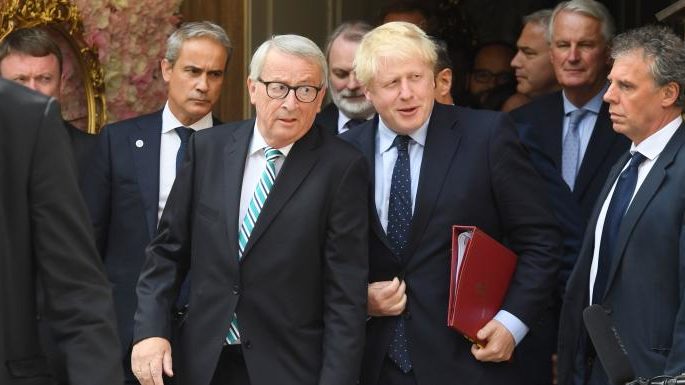 British Prime Minister Boris Johnson, who was on his way to New York to join the UN General Assembly, blamed Iran for the attacks and took the first step to break the unity of the EU signatory countries that had united against Trump until then. Johnson, “Britain, the responsibility of the Aramco attack largely belongs to Iran thinks. We are very likely to believe that Iran is responsible for this,” he said.

“Whatever your objection to the agreement reached with Iran, it is now time to make a new deal,” Johnson told the British channel Sky News. Johnson added that he and his American and European allies are working to respond to the oil attack crisis.

Saudi authorities, the Trump administration, Iran is said to provide evidence that the attack behind. Even if the US administration is not in favor of a military solution, new sanctions will be imposed on Iran. President Trump, while maintaining his ambiguous position at the entrance to the UN building in New York, replied “We will see what will happen”. Trump also said he supports Johnson’s proposal to negotiate a new agreement with Iran.

Johnson’s statement contradicts the statements of French executives who have followed a very careful line in order not to directly blame the Tehran administration and to protect the existing agreement. Although the Houthis backed by the Iranian regime backed the attack in Yemen, the French Foreign Ministry reiterated that a response should be based on documents and investigation results.

France’s area of ​​action, which followed a very difficult and steep slope on the path of mediation between Iran and the United States, narrowed further after the attack on the oil facilities. Despite this negative picture, France wants to continue its mediation efforts on Iran in New York. In this way, he wants the American administration to loosen its financial pressure on Iran in order to persuade the Iranian government to stick to the agreement. Iran is also able to sell oil to 8 countries, they set a credit limit of 15 billion euros.

French diplomats, the US administration’s diplomatic means to resolve the crisis in the foreground as a positive development is considered. Saudi Crown Prince Mohammad Bin Salman (MBS) to escalate the crisis ‘neither has the intention nor the power’ diplomats, MBS, Yemen attacks and Jamal Kashikci stressed that the difficult situation is stressed.

The second auxiliary factor: Iran sees that Iran is no longer in a position to sustain the economic pressure on it and is therefore trying to persuade Iran to sit at the table.

The third factor is the assistance of the regional and international conjuncture: For example, the Israeli leader Netanyahu, who targeted Iran, was forced in the elections, and the fact that John Bolton, a national security consultant who defended a tougher policy with Iran, one of the Trump administration’s hawks, went back. in the background.

By combining these three positive points, France plans to move forward with the Iranian case and continue to play the role of mediator in New York. Macron sees the UN General Assembly as an opportunity to expand international support for the French initiative. He will stay in close contact with China, Russia, India and Japan on the one hand, and make contacts to show that Europe is united. 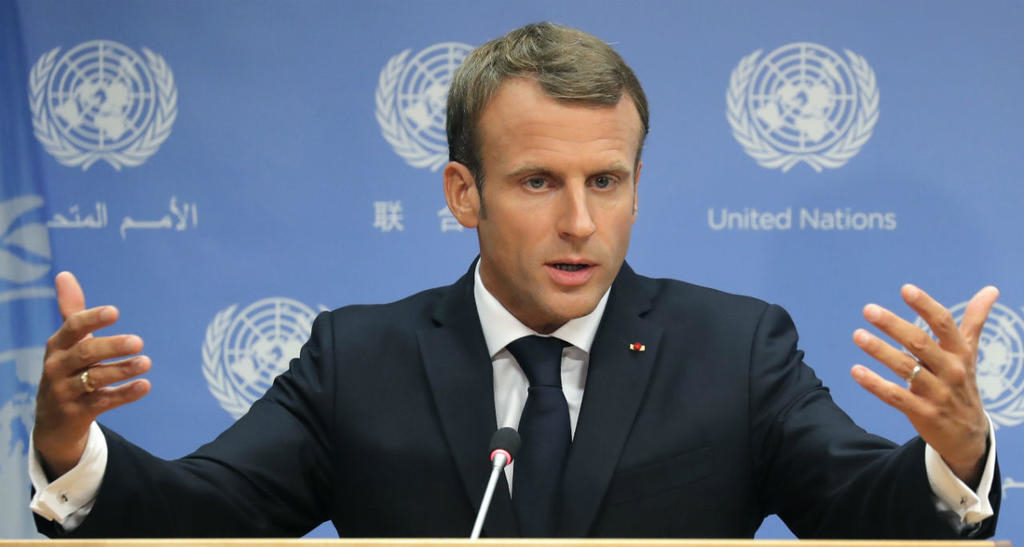 Macron: “Something can happen”

“The Iranians want the meeting to happen only at the end of a certain process. The Americans favor this meeting in a short time. Trump is alone and fast. He has a multi-process logic and is not difficult to convince.” But Hassan Rouhani has to negotiate with a whole system and a 40-year history behind him. His work is more difficult. ”

In New York, Macron will first meet the leaders of Germany and Britain, Angela Merkel and Boris Johnson, who signed the 2015 Nuclear Agreement. He will then speak to Rouhani and Trump.