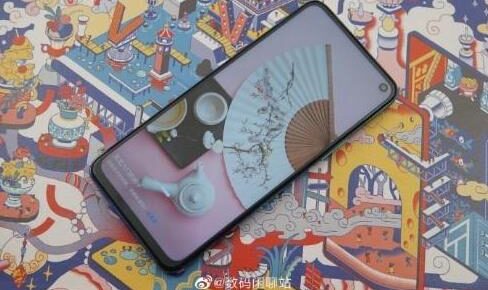 The iQOO Z1, which we encountered with some features in the past days, has become our guest with the images shared on Weibo today. A Chinese user shared images on Weibo that allegedly belong to iQOO Z1.

As a sub-brand of the recently rising smartphone manufacturer Vivo, iQOO recently announced its new smartphone iQOO Neo 3, which has a great price tag based on its features. The device attracted a lot of attention with its 144 Hz refresh rate and Snapdragon 865 processor.

Using the 5G supported processor of Qualcomm, Vivo will also offer 5G support on its new phone iQOO Z1, which it looks like it is preparing to introduce. However, as we learned the other day, the company will prefer MediaTek instead of Qualcomm this time. The iQOO Z1, which will be the first phone to use MediaTek’s new Dimensity 1000+ chipset, has been viewed bloody this time.

iQOO Z1 images appeared:
Some images allegedly belonging to iQOO Z1 were shared on Chinese social media Weibo. However, as seen in the images, the device claimed to be the iQOO Z1 was quite similar to the iQOO Neo 3 the company introduced in the past weeks. This similarity was also emphasized by the person who shared the pictures.

The Chinese user who shared the images on Weibo mentioned that the iQOO Z1 could be iQOO Neo 3 with MediaTek Dimensity 1000+ chipset. The user said that if such a thing is true, the price of the iQOO Z1 might even be cheaper than the iQOO Neo 3, which is already a good example in terms of price / performance.

We shared some features of iQOO Z1, the first phone to use MediaTek Dimensity 1000+ chipset the other day. According to the news we prepared, the iQOO Z1 would host fast charging support up to 44 W. If we are with the shares in Weibo, we have seen that the device will also allow a refresh rate of 144 Hz.

Although the iQOO Z1 seems to be solid for now, the accuracy of the prediction made by Weibo’s is also increasing day by day. Because the previous device, iQOO Neo 3 also had 44 W fast charging support and 144 Hz refresh rate. Of course, we will learn whether there will be a difference between only the processors of both devices in the coming days.

Things that you may not have known about this tool