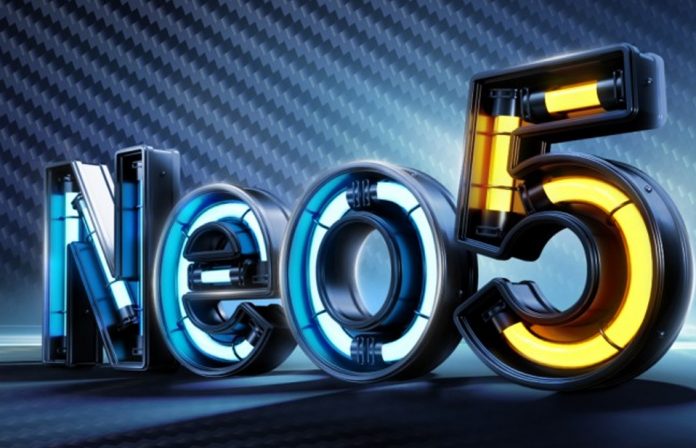 Vivo confirmed the claims that the iQOO Neo5 device, which will be released in the coming weeks, will be powered by the Snapdragon 870 chipset. In addition, the company shared the basic features of the expected phone with its enthusiasts.

The new Vivo device, which seems to be mentioned frequently with its advanced performance, seems to attract a lot of attention among the game phones on the market. In the leak that emerged yesterday, the front and back surface design of the model was revealed through live photos. Now the news came from official sources. On the Chinese social media platform Weibo, iQOO has shared a brand new promotional poster about its expected phone.

iQOO Neo5 will be powered by Snapdragon 870

According to the poster published by iQOO today, the highly anticipated game phone Neo5 will be powered by the Snapdragon 870 chipset recently introduced by Qualcomm. Promising a high level of performance to its users, Vivo will take advantage of UFS 3.1 technology for fast storage. In addition, the model, which will be available in several configurations, will be offered with LPDDR5 RAM capacity options of up to 12GB.

In addition to all these, the Memory Fusion technology introduced with the new OriginOS user interface will also take its place among the important parts of the device. In this way, the phone will optimize memory usage and provide users with an extra 3GB of RAM support. With the same feature, the opening times of the phone and applications will also reach a significant speed.

Apart from the information disclosed, if we need to look at some details previously leaked; The device is expected to support 88W wired fast charging and 66W wireless fast charging. The device, which is claimed to offer 128GB of internal storage, will come out of the box with the Android 11 operating system.

The vivo iQOO Neo5, which will be announced on the Chinese market for the first time, will launch its launch event on Tuesday, March 16. While all this information will be official here; At the same time, details such as the selling price of the device and when it will hit the global market are expected to be learned.

Apple To Unveil iPhone 13, New Apple Watch and More in...