Home Tech iPod: Technologies Ahead Of Their Time 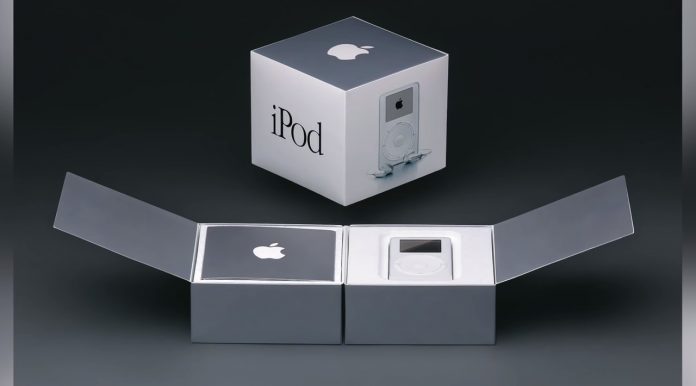 IPod, the best-selling digital media tool in history that made Apple billions of dollars. Have you ever wondered how the iPod got here?

Technology continues to evolve at full speed. This development brings with it changes in our daily lives. Many things that once required multiple devices to do can be accomplished on our smartphones today. Listening to music, which is part of the routine life of almost all of us, is one of them.

But did you know that smartphones are not the technology that has radically changed our listening habits? Apple made this change with the iPod long before modern Android and iOS devices. In summary, this iPod, which is an MP3 player, has almost revolutionized its field with its portability, easy use and digital store. The iPod is technology that is ahead of its time.

How was the iPod developed?

It all started when Apple saw a future in the popular music download business in 2000. Having caught the eye of Soundjam, a newly established company at that time, Apple bought this company, which made its name known with the MP3 player it developed for MacOS.

Apple asked the Soundjam team to develop an application that will allow the easy way to transfer music from computers to MP3 players, thus giving birth to the iTunes we use today.

ITunes, which was highly appreciated by Apple, was a product as the company wanted. However, Steve Jobs, who wanted to try the software, noticed something strange with every music player he bought. Almost all MP3 players on the market at that time were unfriendly and rude devices.

Seeing this as an opportunity, Steve Jobs decided that Apple should make its own MP3 player. Thus, Jon Rubinstein, the company’s Vice President of Hardware, was appointed as the head of the project. With a limited time and budget, Rubinstein decided to work with an outside person, thinking he needed someone with experience.

Rubinstein called engineer Tony Fadell in January 2001 and invited him to discuss the project. Fadell, who was previously responsible for developing a handheld computer for Philips called the Nino, was particularly experienced in the development of portable devices.

Agreeing over a period of six weeks, the duo also determined the basic features that the device should have. Accordingly, the device iPod would not use the slow USB 1.1 technology of the time, and unlike its competitors that could not store even a CD, it would use a 5GB hard disk.

Tony Fadell, who had a very limited time, immediately started working on several prototypes. At the end of 6 weeks, he developed three designs and presented them to Apple officials and Steve Jobs at the meeting. However, applying a deliberate strategy here, Fadell kept the first two presentations weak in order to impose the third one.

As a result, his strategy worked, and Fadell was able to persuade the executives at the meeting. Steve Jobs, who offered him a job at Apple right after, asked him to start with a limited budget and a 6-month period. Still stuck in a certain time frame, the project leader quickly gathered a team.

They worked under difficult conditions

Apple, which has almost unlimited possibilities today, was on the verge of bankruptcy in the 90s. So the company, which lacked sufficient resources, placed the iPod team inside a dilapidated old building on campus. However, the team had no intention of being affected by the negativities and they started working quickly.

The developer team, pushing the boundaries for 6 months, has almost succeeded in the impossible. Engineers, who work more than 18 hours a day without taking leave, even put their private lives in the background during this period. Speaking about those times even later, Tony Fadell explained that he and many people in the team had broken down because of the working hours.

However, iPod engineers realized that, despite the hard work, not all parts will arrive on time. For this reason, Apple contracted a company for the missing parts, outsourcing the processor and software. This gave engineers more time to work on the design and functionality.

Most of the products that came out at that time were particularly weak in control. In standard MP3 players used with navigation keys, 1000 key presses were required to navigate a library of 1000 songs. Engineers who wanted to make this easier put a button they call Click Wheel into this device. This key, which works similar to touch control, allows you to navigate the list as you move your finger around the round key.

At the same time, the team, who wanted to make a difference in headphones, introduced the first version of Apple’s EarPods design into our lives with the iPod instead of on-ear headphones. Adopting an unusual language in terms of design, Fadell got rid of the black and gray colors that the digital world is accustomed to and preferred white. Thus, the iPod, which was appreciated in all aspects, was ready before the end of 2001.

The iPod, which was described as “10 thousand songs in my pocket” by Steve Jobs on October 10, 2001, has had a great sales success since the day it was released. The device, which managed to sell 173 million units until 2008, became the best-selling digital media tool in history, and made Apple its current position.

Halo: Infinite has not been canceled on Xbox One