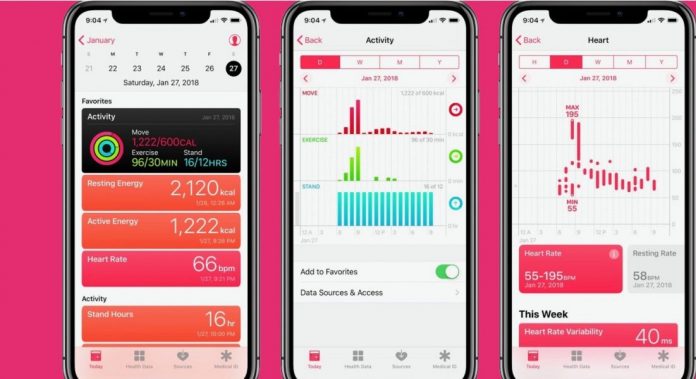 The Health application, which comes preloaded on iPhones, led to the illumination of a murder. The investigation, which was launched after a woman was found dead in front of her home, was clarified by the detection of only 18-step recording on her husband’s iPhone. The unfortunate woman was killed by her husband.

Smart phones have become available in almost every field today. In this context, we can even monitor our health status using smart phones. On the other hand, the collected user data has started to prevent things from being hidden. This time, the Health application on an iPhone has illuminated a murder.

On January 12, 2018, a 42-year-old woman named Kathleen West was found dead outside her home. The lifeless body found by chance by someone passing by has naturally become the subject of an investigation. Having reached the unfortunate woman’s husband, law enforcement officials decided that 47-year-old Jeff West, the wife of the woman, be included in the investigation and testified. According to the murder suspect, Kathleen had lost her balance, possibly slipping, and dying from trauma. Expressing that they drank excessively on the night of the incident, Jeff West said that he was infiltrated and not aware of his wife.

According to prosecutors, Kathleen West had a different personality known

Receiving information from people in the area where the West family lives, the investigation team found out that there was an argument the night of the incident. Thereupon, the experts who enlightened that night determined that the two started to fight after drinking alcohol, the unfortunate woman threw herself into the street with almost no clothes on, and Jeff West threw her own iPhone to the street. The man who came out after his wife hit his head with the liquor bottle in his hand, which led to the death of the woman. Jeff West then returned home, taking the iPhone he threw on the street. So how was this murder illuminated? Where was the iPhone’s Health app in this process?

Jeff West declared that he fell asleep around 22:30 the day his wife died. However, the Health application installed on the iPhone showed that 18 steps were taken after 23:00. The fact that the phone was recording my name at that time meant the man was lying. With no escape, the man had to confess to the murder he committed. The court jury sentenced Jeff West to 16 years in prison.

It is not the first time that smartphones are shedding light on murders. Previously, an iPhone has illuminated a murder in the UK.

Black Cover: end of anime will be shown in March