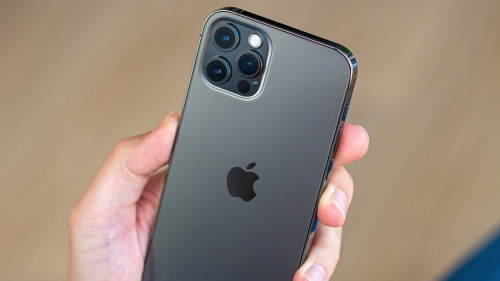 Apple was one of the first smartphone manufacturers to place a notch on the screen. However, the company has faced criticism from day one for the size of the notch. While many manufacturers have tried methods such as downscaling the notch or different display formats, Apple hadn’t changed since day one. But according to the latest leak, smaller notches may be found on the iPhone 13 series.

iPhone’s large notch can be excused for underlying components. In addition to the traditional handset speaker and front camera, this is the underlying hardware of Apple’s Face ID system. Phones with a smaller notch or front camera hole usually come with the Android operating system. The face recognition solutions of these devices cannot quite match Face ID in terms of accuracy, speed and security.

However, this situation seems to change by 2021. A photo shared by the MacRumors site shows the glass display panels of the iPhone 13s. It is noticeable that the notch is smaller in these display panels.

It is stated that the notch will shrink as Apple consolidates Face ID components to take up less space. Analyst Ming-Chi Kuo had made this claim before. It is also mentioned that Apple can place the handset speaker on the upper bezel to reduce the notch.

The leak reveals another detail about the iPhone 13. In this series, the screen sizes seem to be the same as the iPhone 12 series. While this may be upsetting for some users, it’s not surprising. Although Apple has not changed the exterior design, it seems that significant changes will be made inside the phone.

Small appliances that can replace the stove