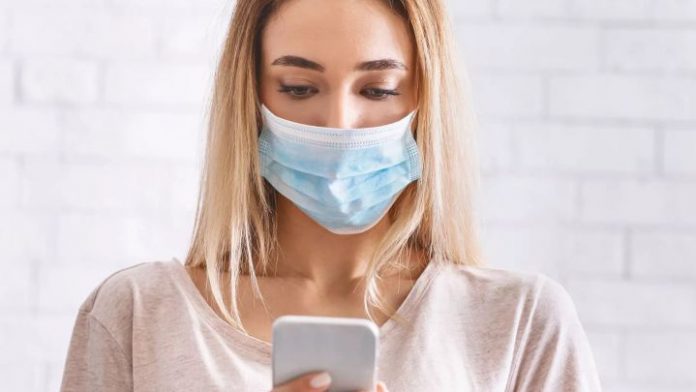 We have become accustomed to the convenience of unlocking the mobile simply by looking at it from the front. But suddenly, a global pandemic has hit the world in a way never seen in a century, and the New Reality forces you to wear a mask to avoid infecting or being infected by the Coronavirus, something that interferes with the biometric security systems of the mobile, precisely a section that Apple wants to solve.

Although it is not something new, since Apple has been working on this since last year, with the next version of iOS 14.5 the function of being able to unlock your iPhone will be activated even if you wear a mask, and therefore cover half your face. In fact, from today this function can be used, since if you have the beta of iOS 14.5 that has been released you can activate this function.

Has Apple therefore lowered the security level of your Face ID to enable this option? Not exactly, you actually need a second device for confirmation: an Apple Watch. The system works like this:

With iOS 14.5 installed, you must manually enable an option within the Face ID settings. This is a function that allows you to unlock the iPhone even though facial recognition has less precision, due to the mask.
Once activated, you have to unlock the Apple Watch
Now, with the mask on, look at the iPhone so that Face ID recognizes your face
You will receive a buzz on the Apple Watch confirming that the iPhone has been unlocked. If you want, you can relock the mobile from the watch.
As we can see, Apple enables the unlocking option through Face ID, but the user needs to have an Apple Watch linked to the iPhone, and also unlocked to be able to use Face ID on the mobile. The reason? That when you unlock the Apple Watch you are authenticating the process, and this will be used by Face ID to know that the owner of the watch is also the same as the iPhone you want to unlock.

As we have pointed out, iOS 14.5 has not yet been officially released, but there is a beta for developers and also users registered in the Betas program. For it:

Open a web browser on your iPhone (or iPad) and go to the following link, Apple’s public beta page
Look for the signature box ‘Sign Up’ and register with your Apple ID information
When you have done it, you will see a button appear: ‘Download Profile’
Follow the configuration profile that has just been downloaded to the iPhone, through which the iOS 14.5 beta will automatically download.
Once done, reboot the device. Go to Settings> Software Update and you will see the option to install iOS 14.5.