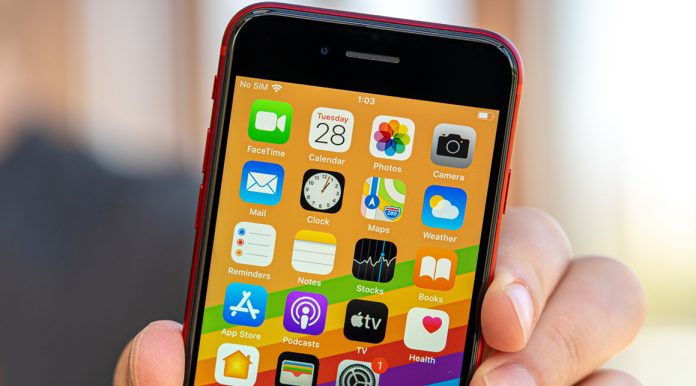 iPhone SE had a very good sales success in 2020. iPhone SE, It has been shown as one of the best mid-range phones to buy.

The iPhone SE is currently one of the best mid-range smartphones to buy. The reason why we use the term middle segment is because it is quite affordable in terms of price.

While the 2020 iPhone SE doesn’t have the best hardware Apple has to offer, it does offer some critical components that make the phone a tough competitor.

iPhone SE is faster than most Android-based phones

The iPhone SE runs on the same ARM-based system as the A13 Bionic found in the iPhone 11. This shows that the iPhone SE is as fast as the entire iPhone 11 series, including the Pro models. The phone is in the second position, one below the A14 Bionic system of the iPhone 12 series. This makes the iPhone SE faster than many Android-based phones.

The iPhone SE outperforms the Samsung Galaxy S20, OnePlus 8, and Pixel 5, which were released in 2020. The phone has a compromise that Android vendors can use to attract their customers. For the iPhone to continue beating its Android rivals, Apple needs to make a design change.

According to the smartphone sales ranking shared by an analysis firm called Omdia, the iPhone SE closed 2020 as the second best-selling phone, selling 24.2 million units last year. Despite the pandemic, Apple had a great year and the iPhone 11 continued to sell quite well.

According to the sales figures, Android phone manufacturers seem to have been a bit smashed against Apple last year. On the Samsung front, the best-selling phone in 2020 was the Galaxy A51, which was in the middle segment, selling 23.2 million units. According to recent smartphone sales estimates shared by Counterpoint Research, Apple claims that it won the sales battle of this year’s first quarter in terms of both revenue and volume.

In the chart above, we see that the iPhone SE accounted for 1 percent of revenue over the period. Again, this chart says that this income is very important for the industry. Global smartphone revenues exceeded $100 billion in the first quarter of 2021. It broke the first-quarter record driven by its flagships, which accounted for most of the earnings.

According to these data, the cheaper iPhone SE brings in half the revenue of the Galaxy S21 5G. The price of Samsung’s newest flagship phone starts with a sales tag of $ 799.99. It is thought that Apple sold quite a lot of iPhone SE in the first quarter to achieve this success.

In addition, according to some rumors, it should be noted that Apple plans to launch an iPhone SE model with a hole punch display in the future. The phone is thought to have the Apple Lab concept, which you can see above.

Do you think a new iPhone SE model will be released in the future?