Home Tech iPhone SE 2020 is introduced! Here are the features and price 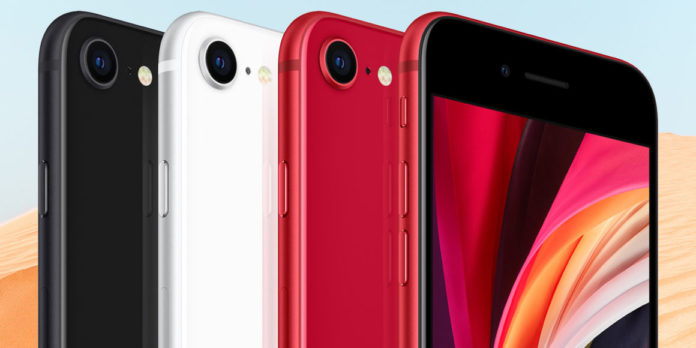 New iPhone SE 2020 features
The new affordable iPhone’s 4.7-inch LCD screen offers a resolution of 1334 × 750 pixels. The screen, called Retina HD, has a pixel density of 326 ppi and a contrast ratio of 1400: 1. At the bottom of the screen, which can reach 625 nit brightness, there is a fingerprint reader ie Touch ID sensor.

This design was used for the fifth time as it entered our lives with the iPhone 6.

It is very pleasing that the Apple A13 Bionic, which powers the iPhone 11 series, appears in the renewed iPhone SE. Produced with a 7 nm + fabrication process and up to 2.65 GHz, this processor offers a high level of performance.

RAM is not as described by Apple as usual. On the storage side, there are three different options, 64 GB, 128 GB and 256 GB.

At the back, there is a 12 Megapixel camera with f / 1.8 aperture. Up to 5x digital zoom can be achieved with this six-component lens, while powered by the True Tone LED flash for night shots. It also has an optical image stabilizer to minimize jolts.

Fast charging, IP67 and single rear camera
Capable of recording 4K / 60 FPS video and taking 8 Megapixel photos at the same time, the new iPhone SE has a 7 Megapixel f / 2.2 aperture camera on the front. The video capability of the front camera is limited to 1080p / 30 FPS.

The device has a wireless charging support and a 5W charging adapter comes out of the box. Apple did not disclose battery capacity, but states that it offers a similar battery life as the iPhone 8. Offering up to 13 hours of video playback, the phone promises up to 40 hours of audio playback and up to 8 hours of online video viewing.

By the way, the iPhone 8 was said to have used a 1.821 mAh battery on the phone, even though Apple did not make an official statement for this model, which was introduced in 2017.

While the new iPhone SE comes with a 5W charging adapter, it also has fast charging support. In other words, with a power adapter of 18W or more, it can charge 50 percent in 30 minutes. The sensors of the phone, which is resistant to water and dust with IP67, are listed as follows; barometer, triaxial gyroscope, accelerometer, proximity sensor and ambient light sensor.