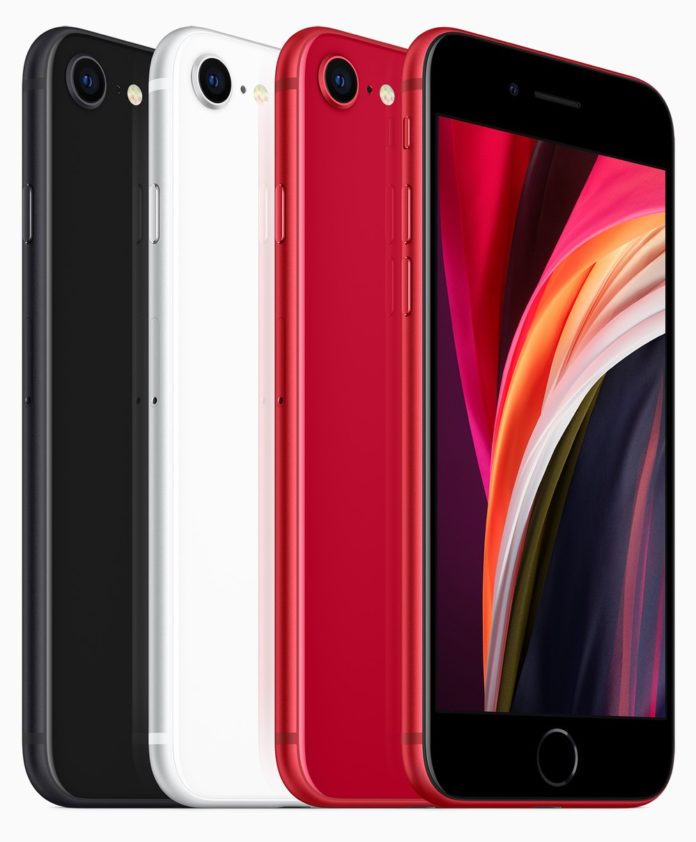 The iPhone SE 2 is Apple’s new bet to compete with cheaper phones. For the price in Brazil from R $ 3,699, the smartphone repeats the look of the iPhone 8 and the iPhone 11 technical data sheet, whose components are compatible with the needs of consumers in the middle of 2020. The physical button to unlock the device is back , which had been sidelined with the arrival of the iPhone X three years ago. With the novelty, the company repeats the strategy used with the popular original iPhone SE in 2016.

Sales begin next Friday (17) in the United States. There are three colors: black, white and red. The device already appears on the Apple website for Brazil. The company is limited to saying that deliveries will be “soon”. See the prices practiced in the domestic market:

Appearance of iPhone 8
Consumers will find that the phone features a tiny 4.7-inch LCD screen with Retina HD resolution (1334 x 750 pixels). It does not occupy all corners of the front surface of the device, contrary to what has become a habit in practically all cell phones launched in recent years. The TrueTone feature is present, making tones more pleasant in ambient light.

Below the display is the Home button with Touch ID biometrics. The manufacturer says that the “family design” is back with the use of crystal to protect the sensor that recognizes fingerprints.

According to the manufacturer, the phone’s frame is constructed of glass and aluminum. It can enter the water for up to 30 minutes, provided it is at the maximum depth of one meter.

Simple camera
The rear of the iPhone SE 2020 has only a 12 MP camera and f / 1.8 aperture. It has a more open angle, being a wide lens option for those who prefer to capture a larger portion of the landscape – however, it is not ultra wide. According to Apple, the phone is capable of taking pictures with Portrait Mode, in which the person is sharp and the background appears blurred. It also features video recording in 4K resolution. Smart HDR assists in records with more evident contrast.

The front camera takes 7 MP (f / 2.2) selfies and records videos in Full HD (1080p) resolution. It is compatible with the QuickTake function, which quickly allows the user to stop video recording – ideal for Stories. Representatives told TechTudo that the front sensor also has video stabilization.

Processor same as the iPhone 11
Despite the old look, the iPhone SE 2 has a state-of-the-art processor: its computational brain is the A13 Bionic chip, the same seen on the iPhone 11, iPhone 11 Pro and iPhone 11 Pro Max. Some benchmark tests put the power of this component at the same level as some notebooks.

In an online session reserved for journalists, Apple representatives explained that the chip is 2.4 times more powerful than the original SE processor.

IPhone 11 Hardware
The processor has eight cores and handles tasks with machine learning, one of the principles of Artificial Intelligence. There is also a promise of a “great” battery, with support for wireless charging, as long as the charger is Qi standard. A representative explained to TechTudo that the autonomy is comparable to that of the iPhone 8. Apple also says that the iPhone SE 2 can replace 50% of the charge in 30 minutes.

Today’s ads frustrated the expectation of those waiting for a cell phone called the iPhone 9. There was also no model with a larger display, dubbed behind the scenes as the iPhone 9 Plus.