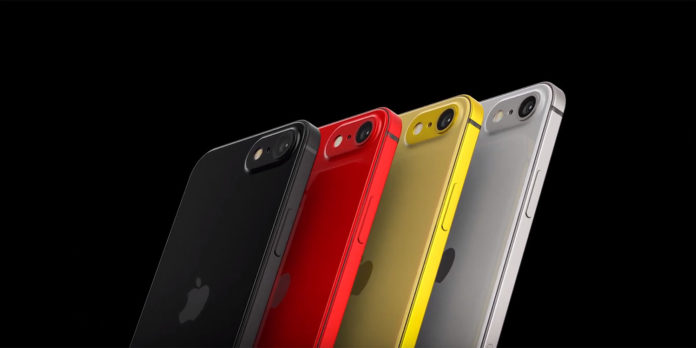 There has been a new development with Apple’s new phone “iPhone SE 2”, which is allegedly approaching. A Germany-based website has announced that Apple will be holding an event on March 31 and will introduce the new iPhone at this event. The website, which bases its claims directly on Apple, excited the tech lovers.

The US-based technology giant Apple is currently on the agenda with a new phone model. This phone, which the company officials have not made any statements to date, has been on the agenda of the technology sector for a long time. It is thought that the phone, which will appear as an affordable iPhone, will be called either iPhone 9 or iPhone SE 2.

Apple came out with a special event in March of 4 of the 5 years we left behind. For this reason, technology enthusiasts have come to an expectation as we approach the end of February. Now, the claims made by a Germany-based website reveal that the expectations of technology lovers are not in vain. Because allegedly, Apple will hold a special event on Tuesday, March 31.

Apple will allegedly launch its new phone on April 3, a few days after the event on March 31. The website in question states that the allegations have leaked directly from Apple and do not have any doubts in terms of reliability. It should be noted, however, that the website in question has not previously made an accurate prediction based on sources close to Apple.

Apple introduced many new products to consumers in the March events it held in recent years. For example, at the event held in 2015, Apple Watch and MacBook were announced, and in 2016, 9.7-inch sized iPad Pro and iPhone SE were announced. Announcing the new iPad model in 2018, Apple brought its services such as Apple Card, Apple Arcade, Apple News and Apple TV + to consumers in 2019.

Consumers have been waiting for Apple’s new phone for a while. Because the iPhone SE, when it was released, appeared at a very affordable price and managed to attract the attention of many consumers. Technical critics say the iPhone SE 2 will also receive a lot of attention. What hardware structure will the iPhone SE 2 come with? Let’s look at the answer to this question now.

According to claims made to date, the iPhone SE 2 will have a 4.7-inch display and will be powered by Apple’s A13 processor. The design of the phone, which is said to support this power with 3 GB of RAM, is said to be quite similar to the iPhone 8. Of course, it should not be forgotten that this information consists of allegations and Apple will say the last word.